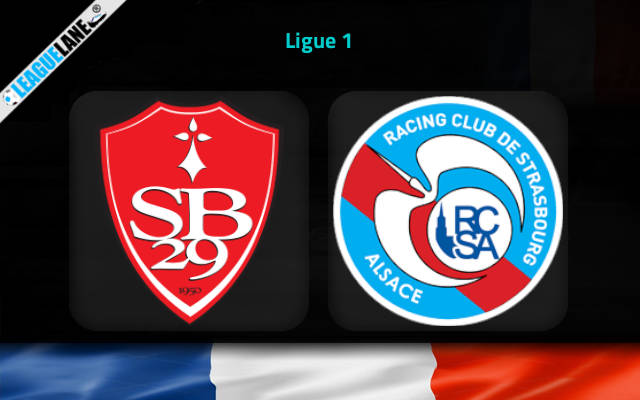 Chaos is the right word to describe Brest this season. They will now host league rivals Strasbourg at Stade Francis-Le Blé this Sunday.

Manager Michel Der Zakarian is in disbelief as his team suffered two heavy defeats in the league this season so far.

It is worth noting that Les Pirates have conceded the most number of goals this season. Also, they are on a two-game losing streak in the league.

In their most recent league outing, the team led by Michel Der Zakarian lost to Rennes 3-1. Frank Honorat scored the only goal for the Les Pirates in the 57th minute.

Meanwhile, Strasbourg started their new season in the worst possible manner. They are yet to win a single game this season.

In their most recent league outing, Le Racing managed to settle for a point against Nantes. It was a game of two halves, as Nantes scored the equaliser just five minutes before the full-time whistle.

The situation is growing tense at Strasbourg as the club supporters are growing restless towards the club’s manager and coaching staff. Only a win in this upcoming fixture will calm things down.

Moreover, Le Racing have only managed to win a meagre three points since the beginning of the season. They are currently at the eighteenth position in the league.

It also needs to be noted, that Habib Diallo has managed to score a total of two goals for Julien Stéphan’s side in the last five league matches.

It is evident that Julien Stéphan’s side is facing a crisis in the league this season. However, they have an exemplary record against the Les Pirates. Do also note that this fixture has every possibility to end as a high-scoring encounter.

It is also important to mention that Michel Der Zakarian’s team have conceded a total of ten goals in their last two league outings.

Our prediction is that Strasbourg will win this match – the odd for this tip will be at 2.45. This is considering the team’s unbeaten streak in the last five encounters against Brest.

Moreover, our next tip for this game is that Over 2.5 goals will be scored – the odd for this tip will be at 1.90. In five of the last six encounters between both clubs, over 2.5 goals have been scored.