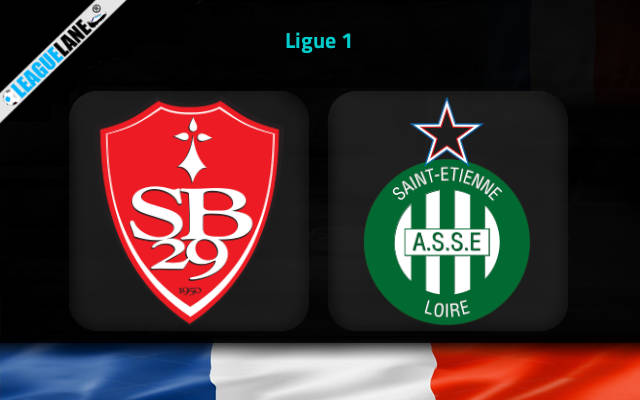 Brest are scoring goals with ease these days and we believe they will continue to do so here against the second-weakest defense in the league. Saint-Etienne have also improved their attacking showings of late. Looking also at the recent head to head tradition, this match should produce goals.

Brest and Saint-Etienne had been the only two teams in the Ligue 1 without a single victory after the opening 11 rounds of the competition.

Both teams have found a way to shift their fortunes around since (the hosts to a greater extent than the visitors).

Brest went on to celebrate four consecutive victories in the last four league games and they will come into this Gameweek No 16 tie against Saint-Etienne in the highest of spirits.

The visitors are still at the very foot of the standings, but they also managed consecutive victories before falling 1-3 at home to PSG at the weekend.

Saint-Etienne will be searching for an opportunity to get back to winning ways on Wednesday evening when they travel to Stade Francis-Le Ble to take on bottom-half rivals Brest.

Nevertheless, it will be easier said done, especially if we take a look at Brest’s phenomenal attacking form in the last several weeks.

The hosts bagged ten goals in the last four wins. They play ultra-attacking football of late and it pays off in a great fashion for head coach Michel Der Zakarian and his troops.

They are now up against the second-worst defense in the entire division and we can only expect the continuation of a high-scoring trend in their games here.

Tips for Brest vs Saint-Etienne