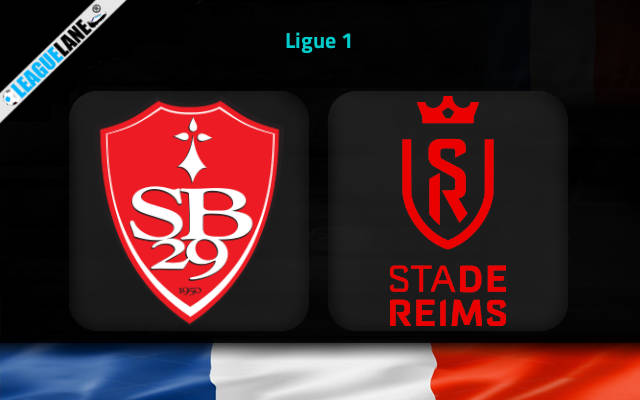 Reims travels to Stade Francis-Le Ble on Sunday for the Ligue 1 meeting with hosts Brest.

Following on from a 1-3 win against Clermont Foot in the previous fixture, Brest and their local supporters will hope for a repeat of that result here.

They have a 100% winless record in this season barring a couple of fixtures. Such a poor run affected their positioning in the league standings. They are currently at fourth from the bottom.

Meanwhile, Reims were one of the teams that had to settle outside the top-half in the French top flight at the end of the past.

They have been going through a rather inconsistent stretch of performances. The team won two, drew six and lost four of their 12 Ligue 1 appearances so far this season.

They are letting in goals in numbers despite their best efforts and have been unable to show a positive growth so far this campaign disregarding a 2-1 win against Auxerre and a 2-4 win against Angers.

Going on, the team is on a 4-fixture unbeaten streak at the moment. However, three of them were draws.

By the looks of things expect an interesting Ligue 1 affair between these two teams on Sunday.

The hosts are having a winless form in front of their home crowd since the beginning of this season. They had let in a total of 12 goals at home so far this campaign.

On the other side, Reims has been performing decently on the road. They have evaded a defeat in four of the past five away fixtures. However, three of them had drawn outcomes.

Considering all these observations, we like to back the Draw No Bet option in favor of the away side Reims.