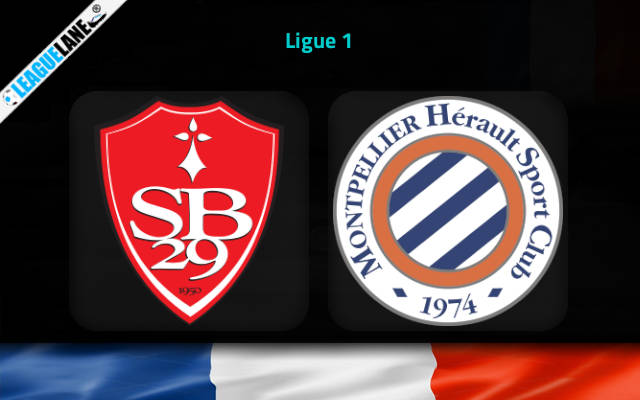 Brest got their first win of the season last weekend, beating ten-man Angers 1-3 on the road. Jeremy Le Douaron led his team to success by netting a brace on the occasion.

Head coach Michel Der Zakarian can generally be satisfied with the form his men are showing at the beginning of the season.

Brest started the campaign with s 3-2 loss at Lens, but bounced back with four points from the following two outings against the likes of Marseille and Angers.

Der Zakarian’s troops have a great chance to back up the last weekend’s win on Sunday afternoon when they play host to Montpellier.

La Paillade are struggling badly to keep things quiet at the back at the start of the season. They have conceded two or more goals in each of the inaugural there outings of the Ligue 1 campaign.

If we count preseason friendlies, Montpellier have allowed at least two goals in seven consecutive outings.

The fact they dropped the ball by falling 1-2 at home to the recently-promoted Auxerre (who have a very limited budget for the top-flight standards) says enough about Montpellier’s current form.

Brest have a horrendous head to head record against Montpellier but we see them as huge favorites for the win here. La Paillade looked dreadful in preseason and the fact they will come into this off the back of a 1-2 home loss to Auxerre says enough.

We will thus go with the home win at the 1.90 odds as well as Jeremy Le Douaron to score anytime at the 3.25 odds here.