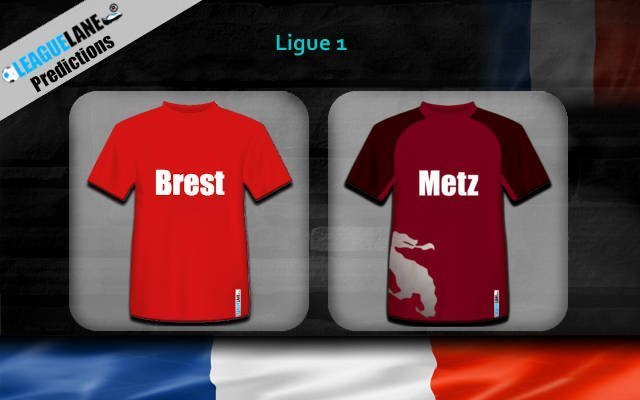 It’s already not looking good for Brest who come into this game in 19th place and have won just once this season so far, they will be hoping for all three points when they take on Metz at the weekend.

Brest beat Reims in this stadium but have gone on a 5 game streak without a win although 3 of those matches did end in draws. Their last game was a defeat though which came at the hands of Monaco by 4-1.

At home there is better news and they remain unbeaten so far with 1 win and 3 draws. Their last home game was an impressive draw as it came against Lyon in a game that ended 2-2.

Metz are one place above Brest so this will feel like a real ‘six pointer’ game and they both share the same points. The clubs last game finished in a 2-2 draw at home to Toulouse and they come here with some confidence as they have gone their last two games without defeat.

Brest vs Metz: Head to Head

Metz will come into this game with a little more confidence than Brest but at the same time Brest have a decent home record and they enjoy playing only at home in the league. But Brest have a poor record overall against Metz.

Our choice here is to see the draw at half time and we will also take for there to be more goals in the 2nd half of the game as legs get more tired and there are more mistakes.

But we expect a very tight and close game here that could go either way in the end. The bottom line is both of these teams need a win to push themselves up.