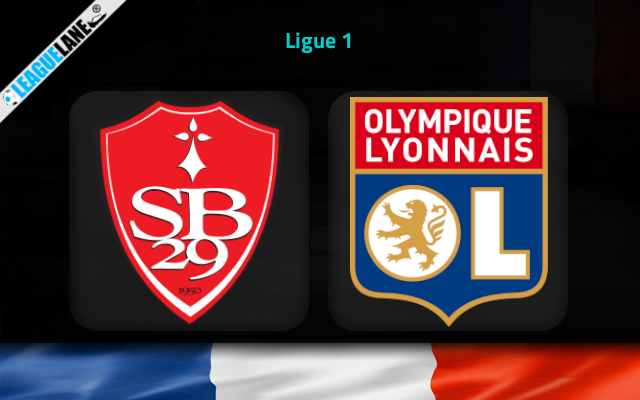 Lyon had a disappointing campaign in the first half of the LIgue 1 season and they did not look much better in the mid-season friendlies either.

Les Gones played a 1-1 draw to Sochaux and fell 1-2 to Italian Serie A side Monza in the last two exhibitions during the preparations period.

Such results says enough about the outfit’s consistency as we also must mention the team’s impressive showing in the 1-3 victory over Premier League heavyweights Liverpool earlier on the United Arab Emirates soil.

Anyways, Lyon will return to their domestic league duties on Wednesday evening when they travel to Stade Francis-Le Ble to take on Brest in the 16th round of Ligue 1.

The visitors desperately need a winning thread as they fell to the 8th place in the league table after claiming just one point in the last two outings.

Laurent Blanc does have a strong firepower on display in the final third with the likes of Alexandre Lacazette, Karl Toko Ekambi, and Moussa Dembele capable of scoring against any team in the division.

Lacazette has been particularly in the mood for scoring during the World Cup break and we likle his chances of hurting Brest’s back line here.

Brest did not look very well defensively in the recent exhibitions. They have conceded three goals in each of the back-to-back losses to Osasuna and Rennes.

Alexandre Lacazette has been quite impressive in his team’s mid-season friendlies during the World Cup break. We expect him to have a lot of space to keep his stellar spell of form going here at Stadew Francis-Le Ble, knowing Brest allowed three goals in each of the last two games they played.

The main pick is Lyon to win & Over 2.5 goals FT at the 2.87 odds, while we will also take Lacazette to score anytime at the attractive 2.50 odds.