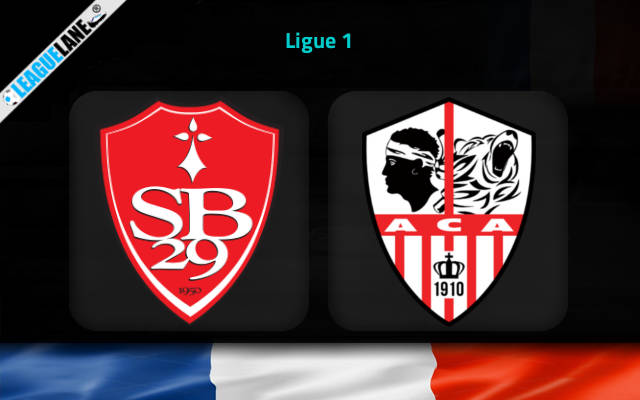 Brest failed to start this new campaign on a good note, and are growing desperate each passing match-day to get in their groove. And this Sunday they have a great opportunity coming up. They are at home, and are pitted against possibly the worst team in the competition – Ajaccio.

Not only are Ajaccio a newly-promoted team from the second division, but as expected they totally failed to leave any mark in the top flight.

They are placed 20th in a table of 20 at the moment, and have a 100% losing record disregarding a single draw. They are the only team in the whole competition to lose the past five games in a row, and they scored the least number of goals of all the teams in the league as well.

Do also note that they have a 100% losing record on the road in the current edition of the Ligue 1.

Meanwhile, Brest secured an 11th place finish the last season in the French top flight, and managed to stay unbeaten in 22 of their 38 league match-ups as well.

While they are yet to hit their stride this season in the Ligue 1, their experience in the competition counts – especially so against their counterparts for the day – who were promoted only at end of the past season.

Going on, Brest have a dominant h2h record in recent meetings too.

Judging all these observations, expect a win for Brest this Sunday at the Stade Francis-Le Ble.

On the other hand, Ajaccio are on a five-match losing streak, and they are on a nine-game unbeaten run as well. Do also note that they let in two or more goals in three of their past five fixtures.

Considering these observations, expect a win for Brest this Sunday at their home.

Tips for Brest vs Ajaccio