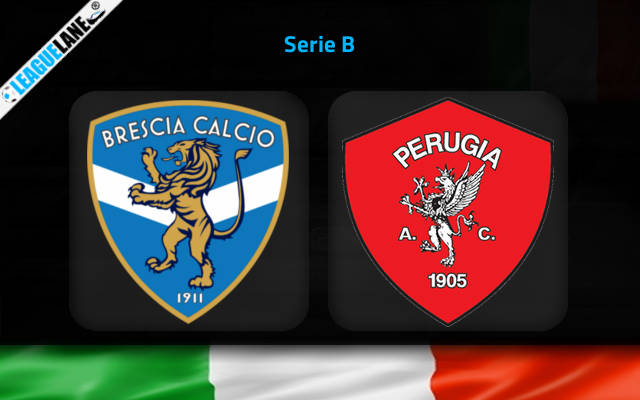 Perugia celebrated a huge 1-0 victory over Monza in by far the most exciting clash of the final day of the regular season in Serie B last Friday.

Monza had a chance to earn the automatic promotion to the top flight of Italian football with a win in the last round but they left Stadio Renato Curi defeated and will now have to try and earn the promotion through the playoffs.

Interestingly, the winner of this quarterfinal tie between Brescia and Perugia is about to face Monza in the semfinal of the promotional playoffs.

Perugia will be in for another thriller on Saturday afternoon when they travel to Stadio Mario Rigamionti to take on Brescia.

The quarterfinal ties have a single leg only. In case of a draw n the regular time, the teams will proceed to play extra time.

Brescia were also successful in the last round of the regular season as they demolished Reggina 3-0 on the home patch, registering as many as 30 shots on the occasion.

Brescia have generally been great on the home turf throughout the entire season. They won 8, drew 8, and lost only 3 of 19 league fixtures at Stadio Mario Rigamonti in this term of Serie B.

Nevertheless, Perugia will represent a huge challenge for them here, especially since the visitors will come into this tie in the highest of spirits after the massive victory over Monza last time out.

The bookmakers see Brescia as favorites because of their impressive home record, but we just can’t underestimate Perugia here. The visitors have been great in the finish of the season and will come into this on the back of three wins in the previous four league games.

We are thus very tempted by the 3.40 odds offered for the draw. You can also try with the Both Teams To Score option at the 1.95 odds.