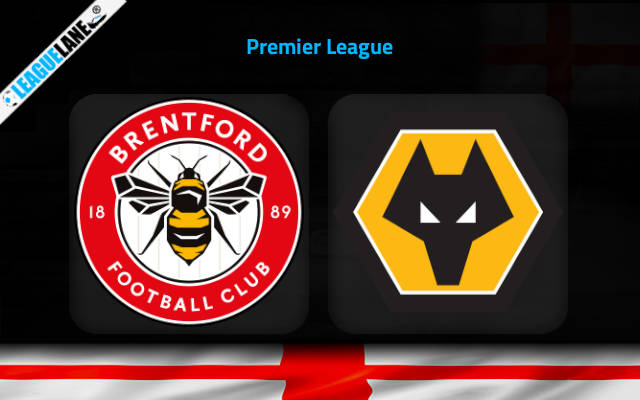 Stakes will be big on Saturday afternoon at Gtech Community Stadium as bottom-half strugglers Brentford and Wolves take on each other in Gameweek No 14.

Both outfits were on the wrong end of 0-4 thumping last weekend. The Bees were brutally outplayed by manager-less Aston Villa six days ago in Birmingham, while Wolves fell 0-4 at home to Leicester on the same day.

Wolves at least did offer something as they were the better team on the pitch for most parts of the game against the Foxes, as odd as it sounds.

Brentford have now failed to find the back of the net in two straight league games. However, they also kept two clean sheets in the last three outings, including the goalless draw against the likes of Chelsea in the previous home fixture.

The hosts will fancy their chances of keeping things quiet at the back on Saturday afternoon against Wolves who own by far the worst attacking record in the league.

Wolverhampton have only managed to bag five goals in the inaugural twelve games of the season.

The visitors share the very foot of the Premier League standings with Nottingham Forest and Leeds United, the three outfits sitting at nine points apiece at the moment.

Both Brentford and Wolves have been struggling offensively of late. Considering the significance of this game, we can hardly see a high-scoring affair coming on Saturday at Gtech Community Stadium.

Brentford have lost only one of six outings on the home patch so far in the season. Wolves, on the other side, took just one point in their six matches on the road this term. We can thus find the value in backing Brentford to win & Under 2.5 goals FT pick at the 4.75 odds.