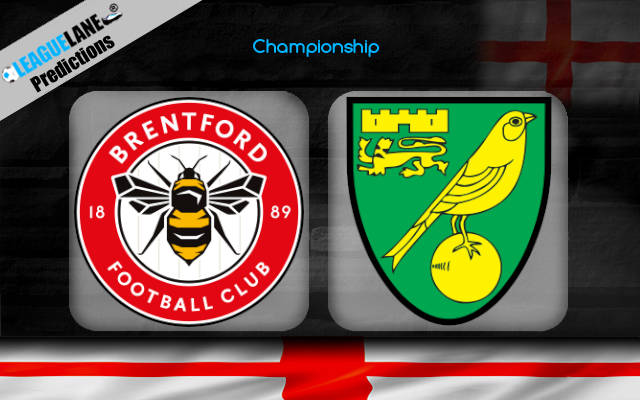 The Canaries have just been demoted from the Premier League, and despite the heartbreak, there’s an obvious positive side to it. They have gained a hell lot of an experience from their time in the English top flight.

Moreover, they also were the title-winners of the Championship in 2018-19, which had led them to securing an entry into the PL.

Suffice it to say that the team is one of the best in the competition, and they are dead-set to make a return to the upper hierarchy of English football as well.

They do have a good h2h record against this opponent, and on top of that, the Bees have not yet hit their stride this season. Likely, expect Norwich to dominate proceedings this Tuesday.

However, understand that Daniel Farke’s men have not had much luck with their defense lately. Moreover, Thomas Frank’s men have been offensively a threat at this stadium this campaign as well.

As such, expect goals to come from either side of the pitch.

The Bees lost 3-2 on the road the last match-day, against Stoke. In the meantime, Farke’s men registered a 2-1 win at home the past game week, against Wycombe.

Going on, the Canaries have the edge. They are fresh off spending a whole season in the best league in Europe, and they have gained valuable experience from taking on some of the best teams in the world.

On top of that, before being promoted, they were also the champions of this same competition. Furthermore, they also have recorded seven of the previous nine overall h2h wins, and have been unbeaten in such games at this ground since 2009.

In addition, they are on a three-match winning run at present, while their counterparts remained winless in four of their last seven overall fixtures.

As such, expect Norwich to avoid a loss at the least.

Be that as it may, note that Frank’s men have scored two or more goals in ten of their former twelve overall games, and in their last seven home appearances on the trot.

Furthermore, Farke’s men have a total of just one clean sheet from their preceding six games.

As such, count on goals to come from both teams this Tuesday.