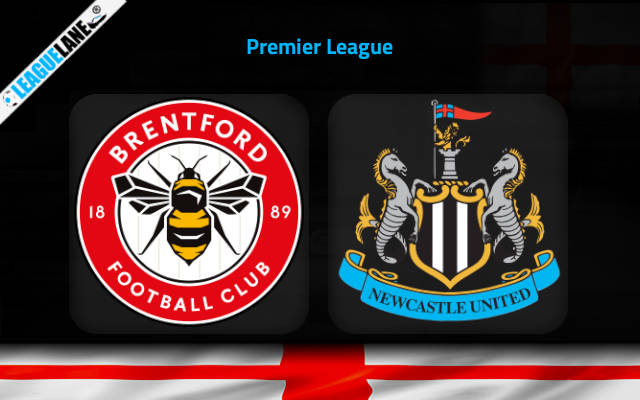 Against all expectations, Newcastle are one of the few teams in the entire league to have remained unbeaten in the past five games. They have also climbed over the relegation cut-off, and they even have a surplus of four points over it.

Now their objective would be to maintain this cushion of points over the 18th spot till the end of the campaign, in order to avoid getting the boot. Their new management has great plans for the team this coming summer window. It’s important that the squad survives this season in the top flight.

Meanwhile, the newly-promoted Brentford are coming to the realization that they are not just equipped to consistently take on the titans of the PL.

They are on a long winless run (most of them losses), and are conceding in plenty as well. In fact, they are one of the very few teams to have remained winless in their last five matches in the league.

Judging recent form of either squad, expect a win for Newcastle this Saturday.

Brentford lost 2-1 on the road the last match-day, against Arsenal. In fact, they are on a nine-game winless run in all competitions, and their latest win had come over six weeks back in the FA Cup, against a team from the lower division.

On the other hand, Newcastle registered a 1-1 draw on the road the past game week, against the fifth-placed West Ham. They were on a three-game winning streak before that – and in the process they had managed a 3-1 win at home against Everton.

Finally, they also have a dominant h2h record against the recently-promoted Brentford.

By the looks of things, expect a win for the in-form Newcastle.

Tips for Brentford vs Newcastle