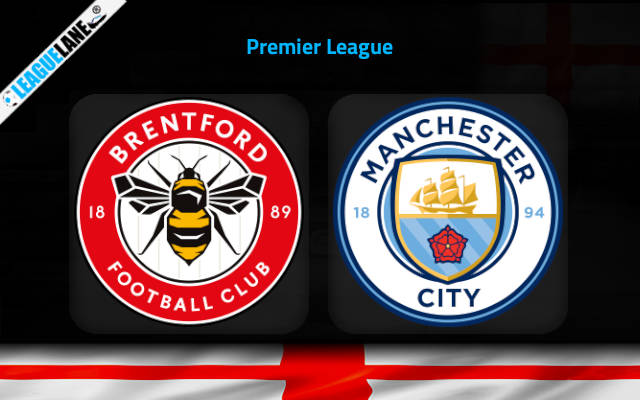 Manchester City have regained their status as the best team in England once again. Not only are they defending champions of the PL, but they have also raced to the top of the table – and that too with a lead of six points.

They are also on a supreme winning streak, and are scoring goals almost at will. Moreover, the second-placed Liverpool have a rather tough fixture this game week, and this is an opportunity for Pep Guardiola’s men to further surge ahead.

Meanwhile, Brentford are going through an inconsistent streak, and they are struggling with their defense as well. Moreover, they also have a poor h2h record against this foe over the years.

For the reasons, expect a dominant win for Manchester City this Wednesday.

Brentford lost 2-0 on the road the last match-day, against Brighton. They were also winless in nine of their past twelve matches, and seven of these were losses.

Going on, they had lost four of their past six appearances at home, and they have a single clean sheet at this stadium in the past three months.

On the other hand, City had registered a 6-3 win at home against Leicester. They are on a four-match winning streak, and had scored a total of 18 goals in the process. They had also won 11 of their past 12 games, and of their total two losses on the road since August, one had come against PSG.

Considering these observations, expect a compelling win for Manchester City this Wednesday.

Tips for Brentford vs Manchester City