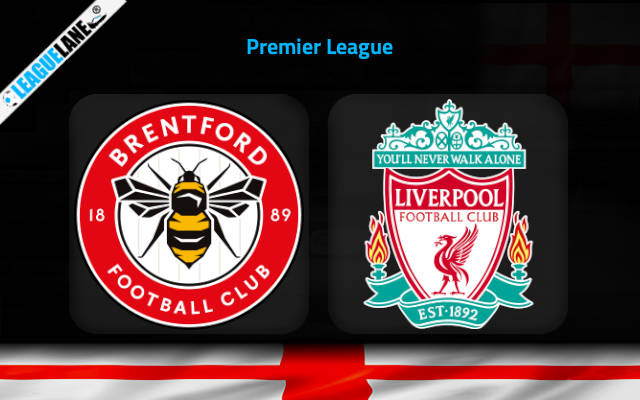 Brentford and Liverpool will raise the curtain on Matchday No 19 in the Premier League as they take on each other on Monday afternoon at Gtech Community Stadium.

The Reds will be looking to continue their fine spell of form and pick up another victory that would get them closer to the battle for Champions League positions.

Jurgen Klopp’s men looked great on the Premier League restart after the World Cup break as they eased past Unai Emery’s Aston Villa 1-3 on Boxing Day in Birmingham.

Mohamed Salah starred with a goal and an assist at Villa Park. Is the Egyptian king back to his very best after a fairly modest first half of the season?

Liverpool should have enough space to deliver in the final third here against the attacking-minded Brentford side.

The Bees returned to the domestic league schedule with a 2-2 stalemate against Tottenham seven days ago.

Ivan Toney continued his amazing campaign in this term of the Premier League, taking his impressive league tally to eleven goals.

Nevertheless, head coach Thomas Frank has a lot of reasons to be worried ahead of Liverpool’s visit knowing that his team’s back line has not quite been functioning lately.

Brentford conceded at least two goals in each of four games in December, three of which were friendlies (against Bordeaux, Celta Vigo, and Wolfsburg).

Liverpool have shown great attacking form against Aston Villa last Monday. They have bagged three goals in both H2H meetings with the Bees last season. Brentford have been very easy to break down in their recent games.

We do not need anything else to go for Liverpool to win & Over 2.5 goals FT as the main betting option at the odds of 2.20. The value is also decent with Darwin Nunez to score anytime for the Reds at the 2.40 odds.