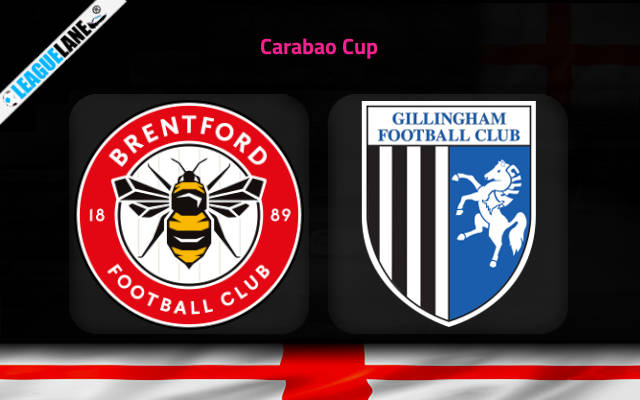 Premier League outfits Brentford’s next match is a knockout fixture in the Carabao Cup. Their opponents are Gillingham in League Two.

Because they have a League Two outfits on the opposite side. Gillingham is currently in a poor form. They are winless in their last five league Two games.

There is no doubt that Brentford will be able to break Gillingham’s defense for more than once. On top of that Gillingham has been conceding goals consistently in the past several League Two fixtures.

When comparing that with the current form of these two, we can expect Brentford to score a lot of goals.

The Bees are unbeaten in four of their last five home matches. Their only defeat in those five games came against Arsenal, who currently sit top of the Premier League table.

On the other side, Gillingham are without an away win in the last 8 games. Do also note that most of those were League Two fixtures. They wont stand a chance with such a form in possession against a team like Brentford.

By the looks of things, we like to back Brentford to Win & Over 2.5 Goals as the main bet for this one.