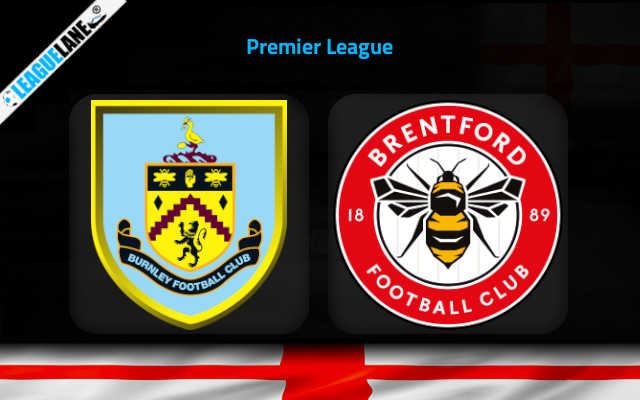 Brentford finally managed to end a dreadful series of results with a huge 1-3 victory away at Norwich City seven days ago.

The team’s talisman Ivan Toney stole the show by completing a hat-trick on the occasion. Two of his three goals came from the spot, though.

It was a massive result for Thomas Frank and his troops who can breathe easier now while being six points clear of the red zone.

The Bees have a chance to remove all doubts about their top-flight survival on Saturday afternoon when they play host to 18th-placed Burnley in a relegation six-pointer at Brentford Community Stadium.

The visitors will be desperate to claim the spoils here as they sit third from bottom, one point shy of Everton who also have a game in hand.

Clarets will enter the tie in lower spirits, though, after suffering a tough 0-4 home defeat to Chelsea last Saturday.

Sean Dyche’s men showed two completely opposite performances in the two halves of the affair against the Blues, conceding all four goals after the break.

This will be the basis of their hopes for a good result here at Brentford Community Stadium. Can Dyche find a way to keep Toney quiet on Saturday?

Brentford had been on a run of eight losses and a draw in nine matches across competitions before a 1-3 victory at Norwich City last weekend. Looking at things from this perspective, we would not underestimate Burnley’s chances of a result here.

However, the Bees looked really good against the Canaries last time out. They have most of their best players back in the squad and we believe they will be able to take advantage of momentum and clinch a much-needed victory against direct relegation rivals on Saturday. You can back Brentford to win at the 2.10 odds.