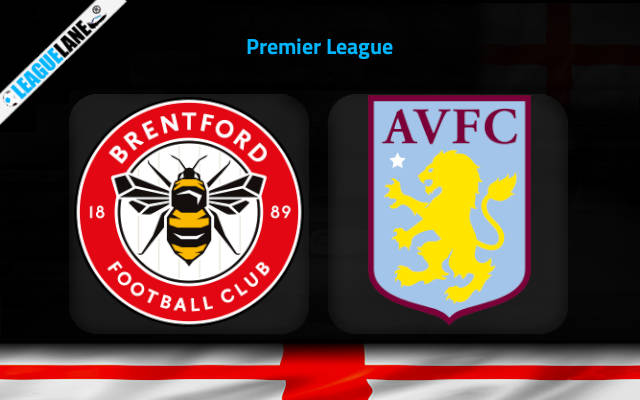 Brentford might just be going through their most concerning period since being promoted to the Premier League for the first time in their history. Having been knocked out of League Cup, the club has also suffered back to back losses all within the last fortnight.

Aston Villa meanwhile has gone through a difficult set of fixtures over the last month. Despite not being able to match up with English superpowers they have picked some crucial points alongside.

The Bees despite delivering with an impressive performance in defense were not able to gain anything out of their previous fixture against Manchester City as they lost 0-1 at home.

This was their 3rd loss in five league matches. Having managed to pick up a win and a draw from those fixtures, the club is currently 14th in the Prem, nine points clear of the relegation zone.

The Villans meanwhile conceded a penalty twice against Chelsea in their most recent league fixture on boxing day to lose the match 1-3 at home.

This loss marked their 3rd defeat in the last five fixtures. Managing a couple of wins from those fixtures, the club sits 12th in the league, two points ahead of their opponents for Sunday.

In addition to being on a three-match losing streak across all competitions, the hosts have lost four of their previous six fixtures at home. They have managed to pick up points only against a struggling Watford and Everton from those fixtures.

On the other side of things, Villa has won all their last six fixtures against teams outside the top three in the league table.

Going against what the h2h record might suggest, I believe the visitors, having delivered the more convincing performances recently, will break the duck at this venue, this weekend.

Both clubs are known for scoring most of their goals in the second half. Late goals in particular have been a regular event in these team’s fixtures. The hosts’ previous five matches involved a goal on average after the 80th minute.

Furthermore, twelve goals were scored after the 80th minute in Villa’s previous eleven fixtures. Hence a late goal in this fixture is likely to be scored.