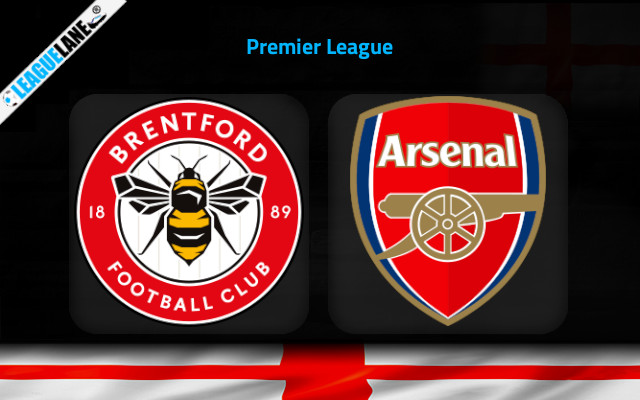 Arsenal ruined their perfect record at the start of the season with a 3-1 defeat at Manchester United two weeks ago.

They are still at the top of the Premier League standings, though, thanks to some unexpected slip-ups from Manchester City, Liverpool, and company in the earlier rounds.

The Gunners will have an opportunity to return to winning ways on Sunday when they take on Brentford in Gameweek No 8 at Gtech Community Stadium.

Brentford will be anything but a native opposition, though, given they have lost just one of the inaugural six matches of the season.

The Bees own one of the best attacking records in the entire league. Their 15-goal tally in 6 games is even bigger than the one of leaders Arsenal’s as the Gunners managed 14 goals so far in the season.

Ivan Toney was Brentford’s standout performer so far in the season. The English forward bagged a hat-trick in the 5-2 thumping of Leeds two weeks ago at Gtech Community Stadium.

Toney has five goals to his name so far in the season and he will be the biggest threat to Arsenal’s goal here.

The Gunners have been anything but reliable defensively of late. Mikel Arteta’s men have shown defensive holes by conceding three goals to Man United at Old Trafford. Can they keep hold of the in-form Toney here?

Backing goals is probably the smartest call here from the betting perspective because both teams have done much better offensively than defensively at the beginning of the season.

The Both Teams To Score bet is priced at the 1.61 odds. Since we expect an open affair, the value has to be with Ivan Toney to score anytime for the hosts at the odds of 3.00.