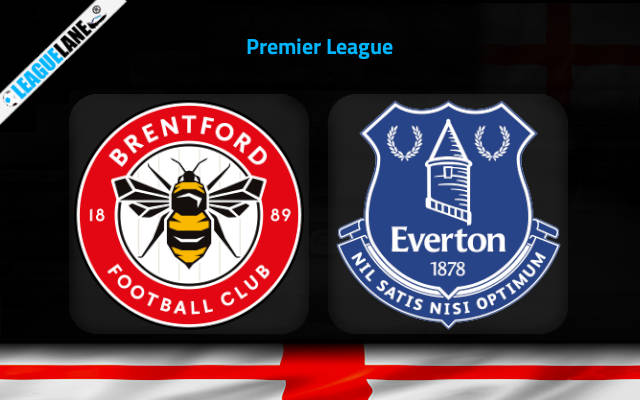 Brentford have been a breath of fresh air and the Bees will try to cause another upset as they take on Everton on Sunday.

Brentford have already beaten Arsenal at this stadium and also drew 3-3 against Liverpool here. Talking of a 3-3 result that is how their game against Newcastle finished last weekend also. The one worry for the club is that they have gone their last 5 games without a win and from their last 15 points despite playing some exciting football they have only earned 1 point.

Everton come into this game in poor form and like Brentford they have just one point from their last five games. Last weekend they lost 3-0 at Manchester City but will be looking to bounce back in this game.

Everton are in 11th position but if they lose this game then the hosts would go above them. However if Everton can manage a victory they could climb 2-3 places.

Brentford vs Everton Head to Head

At home Brentford have quite a good record over Everton but we can’t read into those games as they took place more than 70 years ago with football changing so much.

What we can look into is that the Bees work very hard at home and will see the visit of Everton as a big one and will try and up their game. Everton really need a win to get back on track as after this game they will play the famous Merseyside derby against Liverpool.

Everton has the quality to win this game but we think they will struggle and the value really does seem to be on the home side.