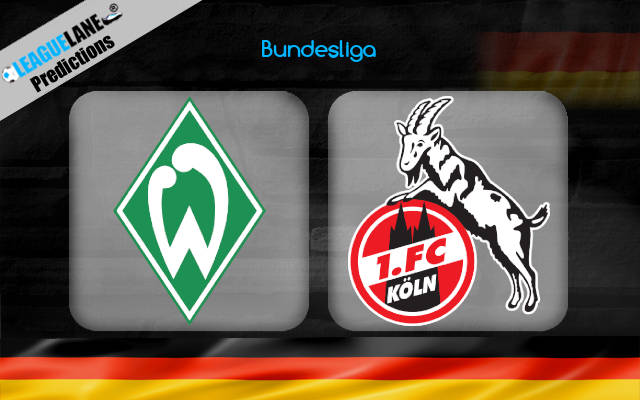 The Billy Goats are one of the new teams in the competition, and they are also struggling to keep up with the fierce intensity levels of the squads here. They are yet to record their first win in the tournament this campaign, and are understandably placed in the bottom-most tier of the table.

Meanwhile, the River Islanders are one of the most consistent teams in the league. After the loss they faced on the opening day, the team have stayed invincible since, and are a single point away from possessing a European spot.

Going on, they also do have a great h2h record against this opponent, and had recorded a huge 6-1 win against them just three months back.

The River Islanders secured a 1-1 draw on the road the last match-day, against Frankfurt. In the meantime, Markus Gisdol’s men lost 1-2 at home the past game week, against Bayern Munich.

Going on, the Billy Goats are on a six-match winless run, and had lost four of these games. In fact, they are yet to post a league win in 2020-21, and their only victory this season had come against a team from the lower division in the DFB Pokal.

On the other hand, their counterparts were unbeaten in 17 of their last 18 fixtures, and impressively had won 12 of these. At home, they remained invincible in 10 of their last 11 appearances, and also had won seven of their preceding nine home games.

On top of that, Bode’s men had registered a massive 6-1 win against this opponent at this same venue, just three months back, and they had also recorded 14 of the former 20 overall h2h wins. And finally, only once have they lost against the Billy Goats here in the past 25-year-period.

Taking into account these stats, expect Werder Bremen to easily be the better team on the pitch.