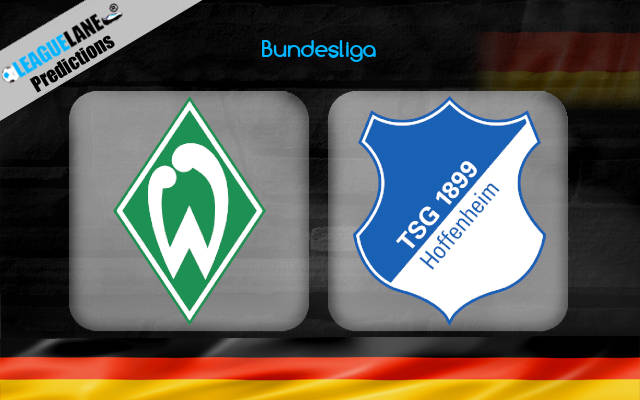 The River Islanders had narrowly avoided relegation the last season. In fact, they were placed 16th in a table of 18, and they had to go through the playoffs in order to extend their stay in the top flight.

In fact, by the end of the past campaign, only the dead-last placed Paderborn had conceded more goals than them in the whole Bundesliga.

Meanwhile, Die Kraichgauer are one of the best teams in the competition, and they had secured a direct entry into the Europa League the last season with consistent performances.

They have made some serious impact in the German top flight even this season – as they became the only team to defeat Bayern Munich in a very long time.

They had also begun their new season in style with two straight wins. However, they have had to take on two great teams in back-to-back games since (Frankfurt and Dortmund), and that put a slight dent in their form.

Now the team will try to make amends, and they have the perfect opponent for that objective in Florian Kohfeldt’s men. Expect Hoffenheim to be the better team on the pitch this Sunday.

The River Islanders were held to a 1-1 draw the last match-day on the road, by Freiburg. In the meantime, Die Kraichgauer lost 0-1 at home.

Going on, Hoeness’ men have lost just against three teams in the last five months, and all three losses had come against some of the best teams in the country – Dortmund, Leipzig, and Frankfurt.

And on the road, they have lost just once in the past eight months, and just against four teams since August of 2019 – Bayern, Leipzig, Hertha and Frankfurt.

On the other hand, their counterparts have won just twice in the league in 2020-21, and both these wins had come against some of the worst teams in the competition.

On top of that, they are also on a two-game losing run in h2h match-ups, and have conceded a total of six goals from these two fixtures.

And finally, they also have been struggling to perform against this rival for the past several years, and particularly so at this venue.

For these reasons, expect Hoffenheim to dominate proceedings this Sunday at the Weserstadion.