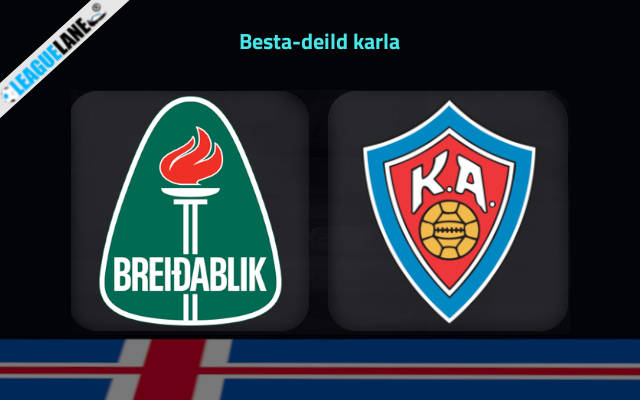 Breidablik who are currently leading the Besta deild karla table, will be hoping to extend it, as they host Akureyri in matchday 10. The two sides will be seen battling it out at Kópavogsvöllur, this Monday.

Breidablik is at top flight in Besta deild karla with 24 points from 9 games. They won 8 times in the league while drawing none and losing only once. They have scored 27 goals in total while conceding a sum of only 11 which shows how profound their defense and offense lineups are.

The hosts will be wanting a better result here after the 3-2 league defeat last time out to Valur. They have been so strong in attack recently, lashing 19 goals past the opposition over the course of their last 6 fixtures. In those games, Breidablik have also seen the aggregate sum of 10 goals scored against them.

On the other hand, Akureyri resides at the 17th position on the table with 17 points. Of the 9 matches played, they won 5 times in the league while drawing and losing 2 times each. They are more of a defensive team and has the the best conceding figures in the league with only 8 goals being scored against.

In their previous fixture, the visitors drew 2-2 with Fram. During their 6 latest matches, Arnar Gretarsson’s Akureyri have seen their efforts on goal rewarded a total of 7 times therefore giving them the goals scored per game average of 1.17.

Breidablik lost their last game ending an incredible run of 9-game winning streak. At home, they have been enjoying lately with the side winning the last 8 games in a row. They are also unbeaten in the last 5 h2hs coming here.

Meanwhile, Akureyri lost only once from their last 7 away h2hs. But they lost their last 3 meetings with this opposition conceding more than once on each.

Even though the visitors are good on road, the home side is the only team that has won all the games played at home so far this season. Therefore a win for Breidablik seems the likeliest.