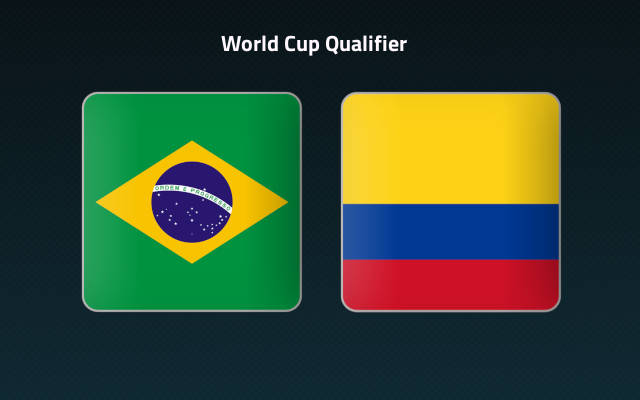 Brazil have a tremendous firepower on display in the final third. Their attacking line looks even stronger now with the addition of Raphinha who completed a brace on his maiden start for the national team last month against Uruguay (a 4-1 win).

Brazil have won 10 and drawn 1 of 11 games in the 2022 CONMEBOL World Cup Qualification campaign.

The lone draw came against Colombia in a match played last month at Estadio Metropolitano Roberto Melendez in Barranquilla.

The Brazilians are about to lock horns with Colombia once again on Thursday evening when the two teams clash against each other in the return fixture at the Neo Quimica Arena in Sao Paulo.

The visitors are in a much greater need for points, sitting currently at the fourth place (lock on points with fifth-placed Uruguay) of the World Cup Qualification standings.

Nevertheless, Brazil have a perfect home record with five wins in five home outings so far in the campaign (14-1 goal difference in the process).

Tite’s men hold both the best attacking and the best defensive record of the entire section after 12 rounds (they also have a game in hand on the rest of the field).

However, Colombia have been very tough to break down of late as they played three subsequent goalless draws to Uruguay, Brazil, and Ecuador last month.

It will be very interesting to see whether they can keep hold of Brazil’s attacking stars once again this time around.

Raphinha has been on fire lately for Leeds United as well, scoring a goal in each of his last two appearances in the Premier League. Neymar, Raphinha, and Gabriel Jesus should have too much for the Colombians here.