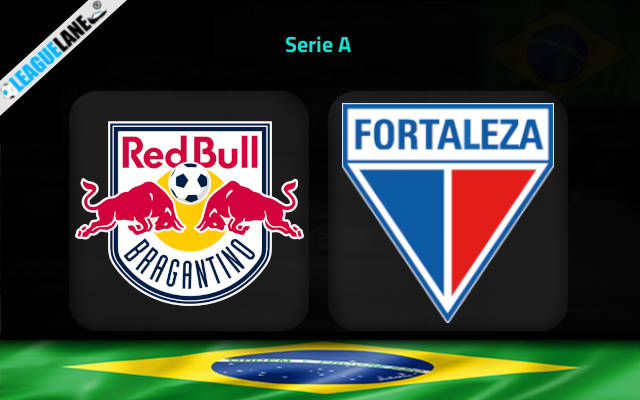 Matchday 18 of Serie A is set for this weekend as Bragantino play host to the relegation fighting Fortaleza, where both these sides differ by 10 points and places each. These two teams will be seen clashing at Estádio Nabi Abi Chedid, this Wednesday.

RB Bragantino is at the 8th spot on the standing with 24 points from 17 games. They won and drew 6 games each while having lost on 5 other occasions. Residing in the Copa Sudamericana promotion zone, they now need just 5 more points to jump to the Copa Libertadores qualifier spots.

Red Bulls will be hoping for more of the same after a 3-0 league success over America Mineiro previously. Matches featuring them have usually been entertaining affairs lately with a lot of goalmouth action anticipated.

On the other side, Fortaleza resides second from the bottom position on the table with just 14 points. Of the 17 matches played, they won just 3 games while drew on 5 and lost on 9 other occasions. The visitors have been struggling on their top-flight fixtures and they have one of the weakest offensive sides in the league.

The visitors come into this game after a slender 1-0 Serie A win over Atletico Goianiense in their most recent fixture. They have suffered from a lack of goals in their past 6 games, contributing the disappointing return of just 3. In those fixtures, Fortaleza have also seen the overall goal tally of opposing teams equal seven.

High-flying Bragantino have been in tremendous form on their own patch of late, unbeaten in 6 of their last 9 home matches. They also won their last 3 h2h home games in a row bagging 9 goals overall.

Meanwhile, Fortaleza lost 6 of their last 8 away league matches so far and has been fighting the pressure of relegation. They also has fired blanks in 6 games this season indicating their weak attacking front.

By the looks of things, expect another home win this week with over 2.5 goals.