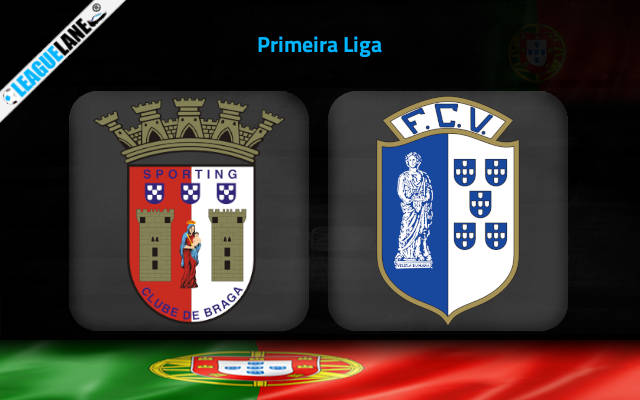 Braga have started their new season with a 3-3 draw. They displayed their offensive potential in that game. Going on, they won another five and are having a streak of 6 unbeaten games at the moment with a separate 4-fixture winning streak.

The team can be thrilled with the performances of their offensive line at the start of the season. They scored three or more goals in 5 of their 6 appearances in this campaign.

Meanwhile, Vizela’s best performance in this season remains as the one they recorded against the newly promoted Rio Ave in the opening fixture. They are on a winless run since then.

Their current run of 5-winless games will count much against the Archbishops, who has been claiming victories by slotting in goals at a huge rate.

Vizela’s poor performance will be a disadvantage for the team when they play against Braga in the upcoming match.

Braga is on a 11- fixture unbeaten streak at home and had gone on a 2 separate 8-game and 2-game winning streak in the process. Do also note that they had scored a total of 9 goals in the past 3 fixtures.

On the other hand, Vizela were winless in 7 of the past 10 road trips and had gone on a separate 5-game losing streak in the process.

Taking into account these observations, we expect a winning performance from the hosts Braga on Sunday.