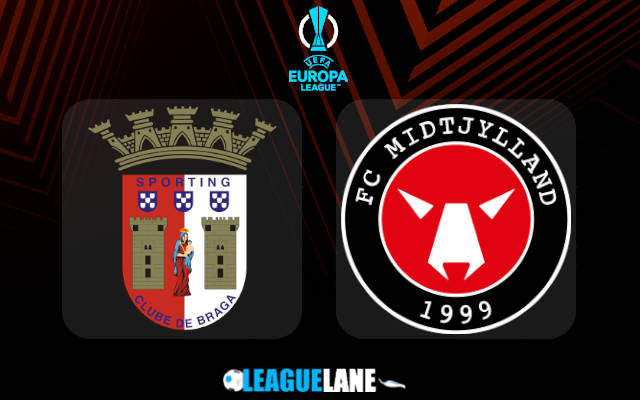 Braga will be looking to bounce back after the opening round loss in Belgrade as they host Midtjylland in the second round of the UEFA Europa League group stage campaign.

Braga began the 2021/22 season in a strong fashion, but they have run into a somewhat of a slump in form in the last several weeks.

The Archbishops drew in three of the last four Primeira Liga games and they got off to a poor kick off to the continental campaign as well.

The lack of attacking creativity has been an issue for the Portuguese outfit recently. They had just two shots on target in a 2-1 loss at Red Star Belgrade at the beginning of their UEFA Europa League run.

Moving forward, they played two goalless draws in the last four Primeira Liga fixtures. Braga eventually failed to outplay the likes of Santa Clara on Sunday, playing only a 1-1 draw on the road.

Knowing that Midtjylland have been fairly tough to break down at the beginning of the season, we feel the Portuguese side might continue to struggle offensively in this match.

The Danish champions currently hold the very top of the Superligaen standings with eight wins in the opening the games.

They have shipped only five goals since the start of the season in the Danish top flight and they will travel to Portugal on the back of three successive clean-sheet wins across competitions.

When it comes to Europa League, Midtjylland were held to a 1-1 draw by Bulgarian side Ludogorets two weeks ago on Danish soil.

These two teams did not have a chance to take on each other in the past.

Midtjylland showed a fantastic performance against Ludogorets, completely outplaying the Bulgarians on the opening day of the Europa League. They have been very tight defensively of late and we would not be surprised to see them causing trozbles to Braga who are still labeled as 2.10 favorites here.

The Under 2.5 goals FT is the best betting option at the 1.90 odds, while braver tipsters can try with the draw at the odds of 3.25.