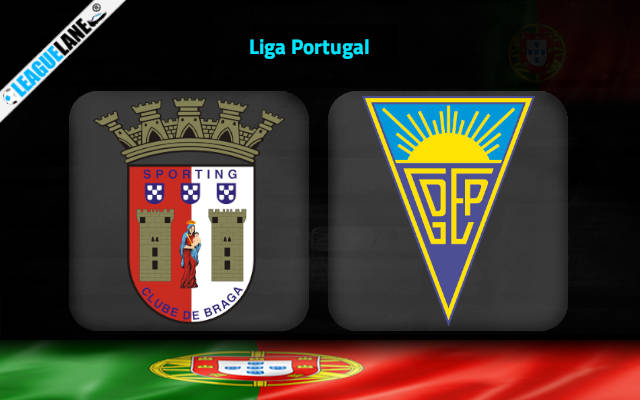 This Saturday, we have a tight match between the 4th and 5th positioned Sporting Braga and Estoril at the home ground of Braga.

Sporting Braga have been playing in good form this season and has 22 points from 12 matches. Their last match against Vizela ended in a stunning victory for Braga, where the team scored 4 goals and the opposition only scored 1 goal.

Estoril are also in good form and are right behind the hosts with 21 points from 12 matches. Their last match against Santa Clara ended in a draw with 2-2 FT score. The last-minute goal by Andre Franco helped the team to end the game in draw.

Both teams are on good form this season and are only 1 point away from each other. They have their eyes set on the 3-points in the upcoming match which will help them to gain an upper-hand over the opposition.

Even though, Braga faced a defeat against Benfica in their second last match, they hoped back into game again with their previous victory. They have 6 wins 4 draws and 2 losses in the tournament currently. Out of their last 7 matches, they have 4 wins and the team has scored 15 goals. Also, the team is undefeated in their last 5 matches in their home ground and have a tendency to score in the second half of the game.

Estoril hope to gain the 3-points and have an upper-hand against Braga in the league table. They have 5 wins, 6 draws and only 1 loss this season. The team has not lost in their last 6 matches and have also scored 1 or more goals in these matches. In this Primeira Liga season, they have not lost a single away game.