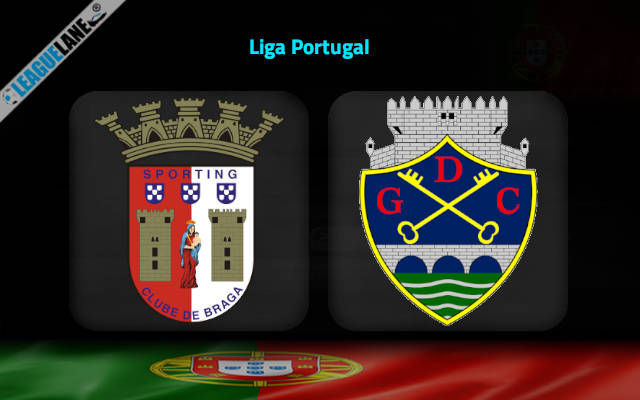 Braga is going head to head with Chaves on Sunday evening at Estadio Municipal de Braga.

Chaves have succeeded in marking an impressive stamp upon their return to the top flight. They started off this season with a 3-fixture unbeaten streak.

However, they failed to maintain the same further in the league and are currently following a streak of 4 winless games in the league.

It is worth noting that Campelos’ men indeed have had a tough schedule in the past three rounds featuring outfits like FC Porto, Estoril and Portimonense.

Meanwhile, Braga have started their new season with a 3-3 draw. They displayed their offensive potential in that game. Going on, they won another 6 and were having a streak of 7 unbeaten games before dropping points in the previous clash against FC Porto.

The team can be thrilled with the performances of their offensive line at the start of the season. They scored two or more goals in 6 of their 8 appearances in this campaign.

Braga will head into this fixture with the hope of bouncing back after a 4-1 Liga Portugal defeat against the reigning champions FC Porto.

However, they have an excellent head to head form against this opponent for the past several decades. Thus, we expect them to deliver an impressive display on Sunday at Estadio Municipal de Braga.

The trend of at least one team drawing blank in games involving the home side at this stadium has become fairly consistent in recent matches. A glance at their last 4 home games shows that it has occurred in all.

Considering all these observations, expect a clean sheet victory for Braga on Saturday.