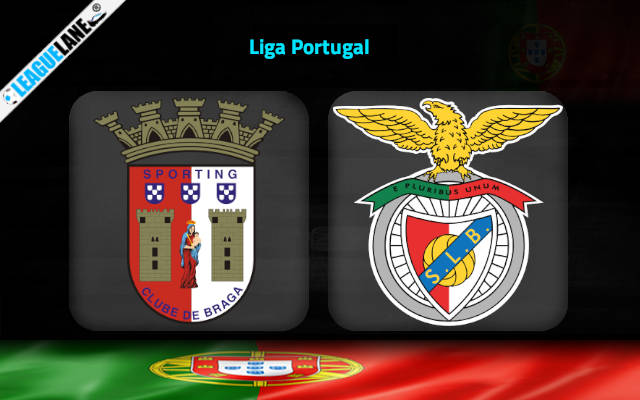 Portuguese Primeira Liga returns to action from the international break in some style on Friday evening as Braga host Benfca in the most exciting clash of Gameweek 28.

Both teams were successful in the previous round, beating Portimonense and Estoril 2-1 each respectively.

Braga have generally had a disappointing campaign. They are nowhere near the top-three positions in the Primeira Liga standings.

The team led by Carlos Carvalhal currently occupy the fourth place, sitting twelve points behind their Friday’s counterparts in the standings.

Benfica have also lost touch with leaders Porto who are 12 points away of them at the very top of the standings.

The visitors can only hope to catch up with their city rivals Sporting Lisbon in the battle for the second-place finish and a position in the UEFA Champions League qualifications next summer.

Benfica are currently six points shy of Sporting CP and they can ill afford slip-ups by the end of the season if they want to play the elite continental competition next year.

Speaking of the Champions League, it is worth mentioning that Benfica managed to shock Ajax in the last 16 round to book the big quarterfinal ties against English heavyweights Liverpool.

Similarly, Braga have advanced to the UEFA Europa League quarterfinal after eliminating Monaco 3-1 on aggregate in the previous round.

Braga have conceded only two goals in the last six home outings across competitions. Since Benfica showed their defensive prowess in the 0-1 victory over Ajax in the second leg of the UEFA Champions League tie in Amsterdam, we expect them to do well defensively here as well.