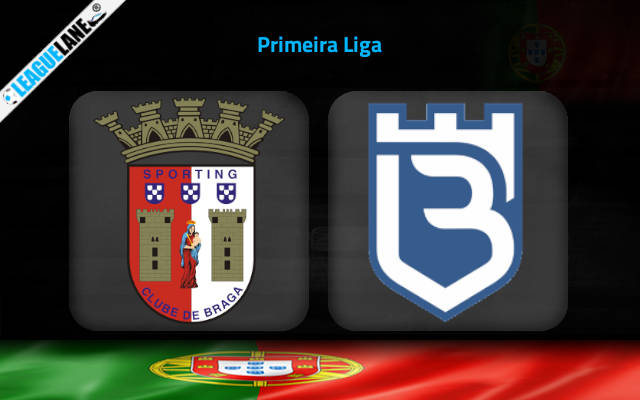 Belenenses are struggling for points this season and are looking likely to be relegated. However with a tight situation in the bottom half of the league and with more than half of the matches left to be played, the side is perhaps looking for a comeback.

Braga is having a routine season in the Primeira Liga playing bridesmaid to the Big Three.

The Archbishops suffered just 1 loss in their opening 10 league matches of the season. With 2 losses in their last 4 matches, the club is now 4th in the league, 14 points behind Sporting and Porto.

B–SAD with 5 draws and 4 losses in their opening 9 league fixtures, registered their first win of the campaign on matchday 10. With 3 consecutive losses since the side is rock bottom in the league, 2 points behind 15th place Famalicão.

The Minho Warriors are on a 12 match undefeated streak in home fixtures and should seal the 3 points against a side that is winless in 7 league fixtures on the road.

Additionally, the away side has failed to score in 6 of their last 7 away games. Consequently, I do not see them scoring against a fairly stable Braga defence.

Ricardo Horta has already made 15 goal contributions for Braga this season. He is the league’s joint-second highest goal scorer with 9 goals. The Portuguese has scored 4 goals in his last 2 league fixtures at home and is likely to add to his goal tally this Sunday.