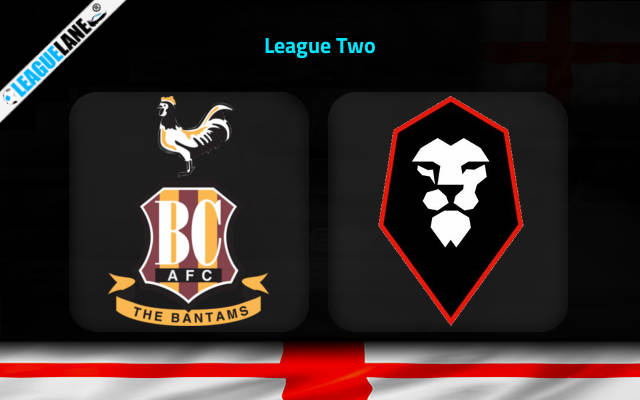 Bradford have been on a poor stretch of performances for quite some time now. They are conceding goals in a worrying fashion, and they have even failed to deliver one decent game at home in the past few months.

Meanwhile, Salford have been on a pretty great run. They are slotting in goals in regular intervals, and most importantly, they have a great h2h record against this foe over the years.

Likely, expect a win for them this weekend at the Valley Parade.

Bradford were winless in 21 of their past 24 overall fixtures, and they had a single clean sheet in the past 15 games.

Going on, they are on a winless run at home since mid-October, and they have managed to win just once at this venue since August.

On the other hand, Salford were unbeaten in nine of the past eleven games, and their only league defeat during this stretch had come against Mansfield – who are possibly the best in the competition at the moment.

Taking into account these observations, and past h2h stats, expect a win for Salford this weekend at the Valley Parade. Moreover, expect goals in plenty as well, considering the defensive issues of Bradford.

Tips for Bradford vs Salford