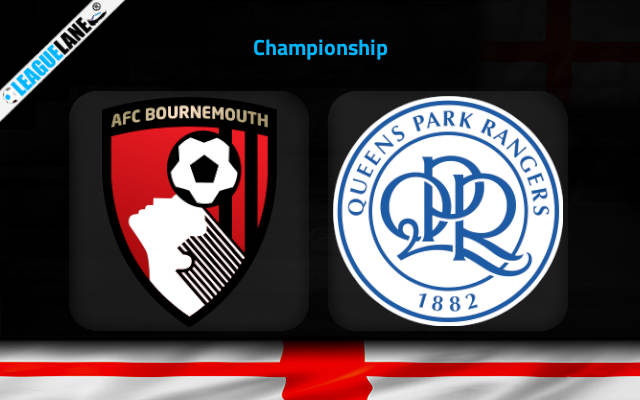 The Cherries welcome The Hoops on Tuesday night as these two sides lock horns to seal the deal as both managers will be aiming for a win in a big game.

Bournemouth currently sit in 5th position in the table with 12 points on board after 6 league games with 3 wins and 3 draws in the book. They will be aiming for a win to climb on top of the table as they hope that the other teams around them don’t record results against the Cherries.

The hosts come into this fixture on the back of a 3-0 win over Barnsley which saw left back, Jordan Zemura scored twice in the 8th and 82nd minute of the game and striker, Dominic Solanke score once in the 46th minute of the game.

On the other hand, Queens Park Rangers currently sit one place above the Cherries in 4th place with 12 points in the bag after 6 championship games. They find themselves level on points with Bournemouth, with goal difference the only factor separating both these teams.

QPR come into this fixture on the back of an entertaining 3-3 draw against Reading in the Championship. The game saw goals from Andre Grey and Stefan Johansen in the 79th and 91st minute before Michael Morrison of Reading scored an own goal in the 11th minute of the game.

Both sides look extremely good on paper. It will take skill and quality from either side to get a win. Both these teams have a sturdy defence and we back the odds at 3.50 for this game to be a draw.

On the other hand, QPR’s Charlier Austin will be looking to get on the score sheet and set his mark in a huge game as we back the odds for the forward to score anytime during the game at 3.00 odds.