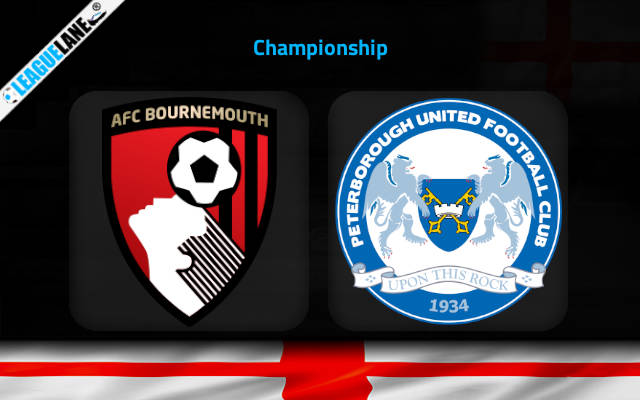 Bournemouth did face a slump in their form towards the end of last year; however, they have got back to their best over the last few weeks and should reach the automatic promotion spots if they manage to win their games in hand.

Disappointingly however, the club ended up on the losing side of things in their most recent fixture against mid table side Preston in a 1-2 scoreline away from home. The result marked the club’s first loss following a streak of four wins.

The team is currently sitting 3rd in the Championship and are a point behind the second place team, with four games in hand over them.

Peterborough have been by far the worst team in the division this season, despite the league table suggesting a rather closely fought relegation scrap. Having registered just a win since October in the league, unless a miracle occurs, the club is going down.

They were last seen in a 3-0 loss away from home against title contending club, Huddersfield Town. The result marked their 4th consecutive loss and took their undefeated run of games to twelve.

With just a couple of points from those games, the club is now rock bottom of the division, eight points behind safety.

The hosts, despite enjoying a lot of success at home, have faced a few slip ups in recent games; however, the club has been clinical against teams outside the top half of the table and are expected to dominate this fixture as they take on a club that has taken just four points on the road since April 2021.

No other club in the division has conceded fewer goals than Boscombe, who are expected to register a clean sheet against a team that has failed to score eight of their last eleven league games away from home.