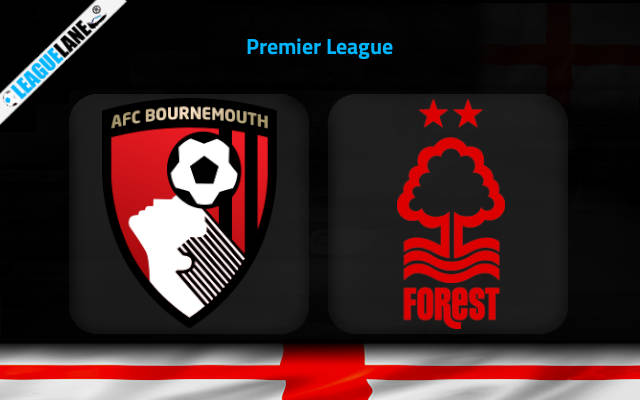 Bournemouth vs Nottingham Forest Predictions and Free Tips from our expert tipsters when the teams go head-to-head in English Premier League on Saturday, 21 January 2023.

Based on recent form, Bournemouth could be termed as the worst team in the English top flight at the moment. They are on a long losing streak, and are barely staying above the relegation cut-off.

Meanwhile, Nottingham are in much better form, and are chasing after an entry into the top half of the table. In fact, since the season resumed, their only loss in the league came against the seemingly unstoppable Manchester United.

Contrary to recent form, Bournemouth have been the better in h2h clashes over the years. They recorded a 2-3 win on the road in the latest encounter, and also won four of the past five meetings.

Note that they also won five of the past six clashes at this ground.

Who will win the match between Bournemouth and Nottingham?

Bournemouth do have the better h2h record, but they have been a total mess lately. In fact, they are on a six-game losing streak, and they let in 13 goals in the process.

On the other hand, Nottingham are on a two-fixture winning stretch, and they are unbeaten after the World Cup – barring their clash against the Red Devils. As such, count on Forest to deliver a winning performance this weekend.

Bournemouth let in four goals in their latest appearance at home, and they have a single clean sheet to their name in the last 14 games. The in-form Nottingham will be determined to take advantage of this fixture, which would help them in their pursuit of a top-ten spot.

As things stand, anticipate a high-scoring affair this Saturday.

Nottingham might be the favorites for this fixture, but for all of their exploits, they still have a poor h2h record against this rival over the years. In fact, they lost five of the past six h2h meetings at this stadium, and they could not keep a single clean sheet at this ground in the past two decades.

Likely, expect goals to come from either end of the pitch this game week.

Nottingham are in great form, and are also scoring goals in plenty. They have momentum on their side, and will be eager to take on the struggling Bournemouth – who are on a six-fixture losing streak.

The logical pick for the day would be Nottingham to Win at an odd of 2.80.

Coming to goals though, Nottingham never have been the dominant team in h2h clashes before. Particularly at this ground they have an embarrassing record against this rival over the past twenty years. In fact, after 2000 not once have they kept a clean sheet here.

Likely, the Both Teams to Score bet at an odd of 1.83 is a great tip for the weekend.