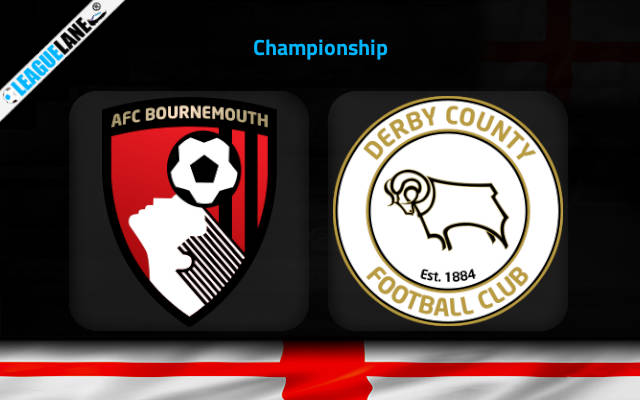 Bournemouth have been the best in the Champions this season, after of course the toppers Fulham. As is known, the top two teams at the end of the campaign will get direct entry to the Premier League, and the race is getting intense with each passing match-day.

In fact, the third-placed Huddersfield are giving the race of their lives, and this puts Bournemouth under pressure.

However, the latter have an easier fixture coming up. They are pitted against the 22nd placed Derby, who have been one of the worst teams in the competition all along.

And to make matters worse for them, the federation had deducted 21 points from them.

As such, both these teams are desperate – one to ensure their promotion to the PL, and the other one to avoid getting the boot.

This is the perfect recipe for a goal-fest.

Bournemouth were held to a 1-1 draw the last match-day, by Peterborough. However, they had won three of their last five overall fixtures, and they have lost just four times at home in the past ten-month period.

In the process, they had even gone on a five-match winning streak at home.

On the other hand, Derby won 2-0 at home the past game week, against the 23rd placed Barnsley. But they were on a three-fixture losing streak before that, and importantly, they are on a six-game losing run on the road.

Judging these observations, expect a win for Bournemouth this Saturday at their home.

Tips for Bournemouth vs Derby County