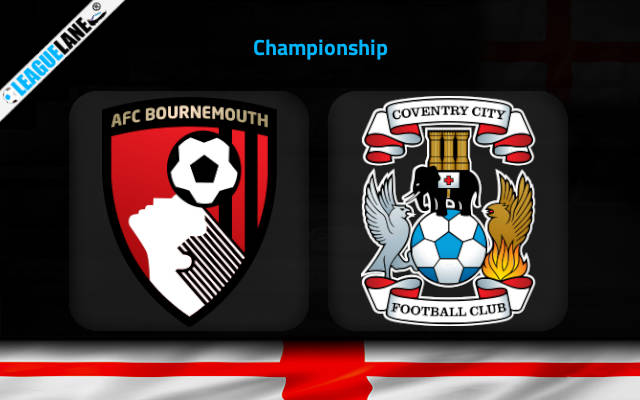 Coventry City did not thrive at all in the last several weeks and we see their visit to Vitality Stadium as a perfect opportunity for Bournemouth top get back on winning track and pick up an easy clean-sheet victory on Saturday afternoon.

Bournemouth will be looking to get back on winning ways after claiming just one point form the last two Championship affairs.

They play host to fifth-placed Coventry City in one of the most exciting clashes of the Gameweek No 20 on Saturday afternoon at Vitality Stadium.

The Cherries are going through a small crisis at the moment. They won only one of the last four Championship games, lowing two in the process.

They dropped to the second place in the standings as a consequence. Nevertheless, head coach Scott Parker can still draw some positives from the mid-week’s 1-1 draw at Millwall.

Bournemouth looked solid at the back once again and we can say they were unlucky to concede the second-half equalizer from Millwall’s only shot on target at The Den.

Coventry City will not travel to Vitality Stadium in much higher spirits either. They will come into this off the back of a disappointing goalless draw to Birmingham City.

It was the second consecutive scoreless affair for Mark Robins’ men who have also won just one of the last four Championship ties.

Tips for Bournemouth vs Coventry