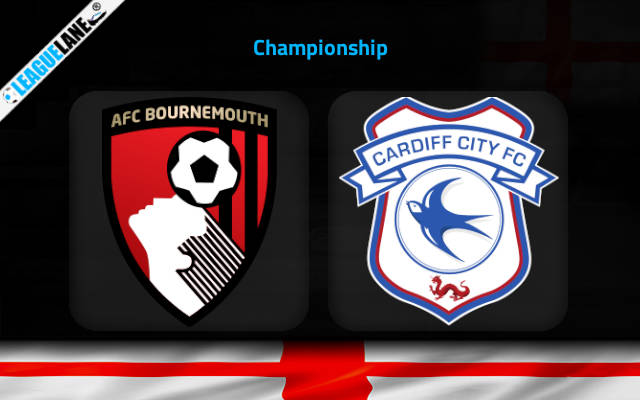 Bournemouth were easily expected to secure a top-two finish this season in the Championship, or even go after the title – based on their form in the first phase of the campaign. However, their performances fell off a bit towards the end of November, and this saw their huge lead at the top reduce.

Fortunately, the second-placed Fulham too had issues of their own to solve, and they too went on a dismal run.

As of now, Bournemouth still are at the top of the table, followed by Fulham. However, the third-placed Blackburn are in terrific form, and are threatening to go to the top of the standings, and this puts the Cherries under huge pressure.

If they need to keep holding on to their top-most spot, a win is a must this Thursday. And luckily, they are at home, and are pitted against one of the weakest teams in the league – Cardiff.

As such, expect a win for the toppers at their home this game week.

Bournemouth recorded a 0-1 win on the road the last match-day, against QPR – thus putting an end to their winless streak. And now they will be eager to extend their winning stretch – and in the process, make amends for their dropped points.

On the other hand, Cardiff were held to a 2-2 draw by Birmingham the past game week. They were also winless in 13 of their past 16 matches, and in the process they had gone on an eight-game losing streak.

Going on, they also have an inferior h2h record against this foe over the years.

Taking into account these observations, expect a win for Bournemouth this Thursday at their home – the Vitality Stadium.

Tips for Bournemouth vs Cardiff