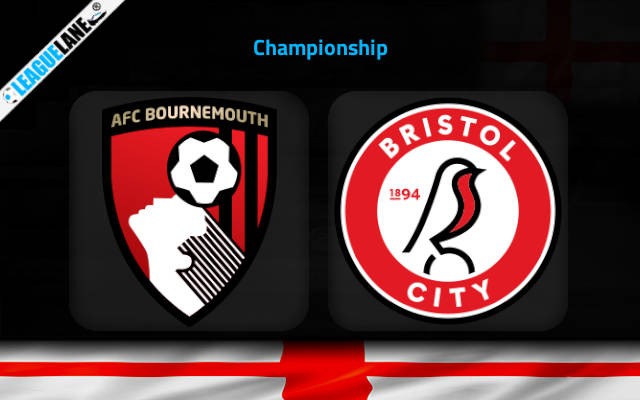 In the zone for Premier League promotion, Bournemouth will be looking to extend their league points as they host the bottom halved Bristol City at Vitality Stadium this Saturday for the 40th round of EFL Championship.

Bournemouth is second on the standing with 69 points from 36 games. They won 20 times in the league while drawing on 9 and losing on 7 other occasions. They have the second best scoring figures in the league with netting 59 in total. Striker Dominic Solanke has scored 23 league goals for the Cherries this season.

The Cherries are hoping to win again following the 3-0 Championship victory over Huddersfield Town. Since the start of last season, Bournemouth have won 18 of their 25 Championship matches against City sides. It has been the most wins by a side against City teams in the top four tiers of English football since September 2020.

On the other side, Bristol City resides at the 18th position on the table with 44 points. Of the 39 matches played, they won 12 games while drawing on 8 and losing on 19 other occasions. They have lost thrice of their previous 5 league schedules and have the third worst conceding figures on the league.

Last time out, Bristol City had a 2-2 league tie with West Bromwich Albion. They have been scored against on 5 of their last 6 games, seeing their opponents hit 10 goals in total. The City side had achieved only 1 win of their last 13 away games across all competitions.

Meanwhile, Bournemouth have not lost a league tie with Bristol City in their last 4 games and remain unbeaten in their last 5 home league fixtures.

We therefore envisage an easy home win this Saturday with a possible cleansheet in hand.