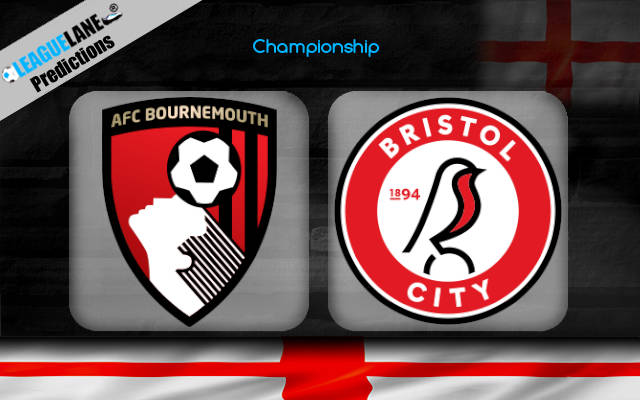 AFC Bournemouth is one of the two teams other than Reading to have stayed unbeaten in the campaign this season until now. The Cherries will host on the back of a 1-1 draw on the road with Watford last timeout in the schedule.

Bristol City has a slight one-point lead over the host in the league table as it stands. They are winless in the recent three fixtures, following a 1-1 draw at home with Swansea in the previous encounter. The Robins have lost only one of their seven clashes in the league.

Bournemouth’s experience from the last season in Premier League has helped them in keeping an unbeaten streak in the Championship this term in their schedule. They have failed to score in only one of their seven appearances so far in the form.

Bristol City had an overpowering h2h history against the Cherries until 2006. Now that they meet again after a gap of 14 years in their schedule, the dynamics of teams would have changed drastically.

The host enjoys the ground advantage in the game and has two draws and a draw in their three home matches this season in the campaign. Besides, the Robins are also on an unbeaten streak on the road in the league this term.

Based on these stats, the home team is likely to create more chances in the game with their ground advantage and league experience. The tip for Bournemouth to win either half will probably come in handy.

The match is sizing to be a home win in full-time. To be safer, the draw no bet over AFC Bournemouth will probably be the best bet for the punters to yield decent returns in the encounter.