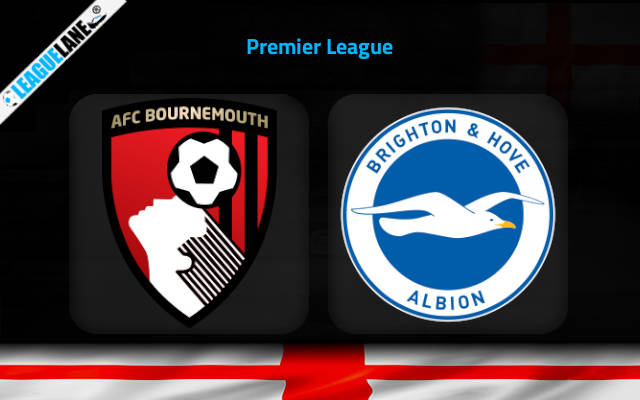 Brighton secured a top-ten finish the previous season in the English top flight and this time around they simply have been one of the best in the competition. Meanwhile Bournemouth are a team that were promoted to the top flight only at the end of the previous campaign and so far, they could not rise up to this new challenge.

Only a handful of teams have scored fewer goals than them in the English league this time around and disregarding just two games they have a 100% winless record so far in the competition as well.

It is also quite worrying that they are a total failure in front of their home crowd as of now, and particularly so, their defense.

Meanwhile Brighton settled for a 9th place finish the last time around in the English Premier League and they were trailing by just five points below the European cut-off at the end of the campaign.

They no longer consider themselves as one minnow in the league and will rightfully go after one of the topmost spots in the table.

By the looks of things, Brighton will have the upper hand this weekend against the rather weak Bournemouth.

Bournemouth were winless in eight of their previous ten overall fixtures and in the process they went on separate two-game and three-match losing streaks. Do also note that this stretch includes a massive 9-0 defeat against Liverpool.

During this stretch they also scored goals in huge numbers. Considering all these observations we expect Brighton to deliver a winning performance this weekend on the road.

Tips for Bournemouth vs Brighton