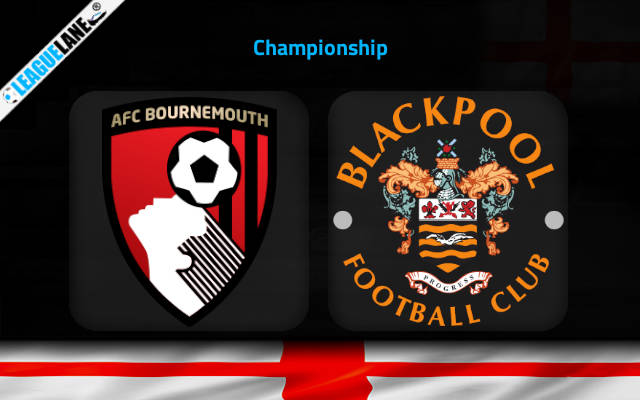 Bournemouth are one of the usual contenders to secure a top-tier finish in the Championship, and they had ended sixth in the table the last season. Meanwhile, Blackpool were not even present in the top flight in 2020-21. Likely, expect a win for the former.

They had ended sixth in the table the last campaign, and they missed the fourth spot by just three points. They had also scored the third-most number of goals in the process, and are once again determined to be one of the top-rated teams in the Championship.

They did qualify for the playoffs, and there they fell against Brentford for an aggregate scoreline of 3-2, despite winning the first leg.

As of now, they have begun the new campaign on a great note. Barring their 2-2 draw against toppers West Brom in the opener they have a 100% winning record, and no other team has posted more points than them as well.

In the meantime, Blackpool were part of the League One the last season, and just gained promotion. They are not yet ready to take on the veterans of the competitive league that is the Championship.

In fact, at present, they have a 100% losing record in the tournament, disregarding a single draw, and they have scored a total of just one goal till now.

As such, expect a win for Bournemouth this weekend.

Bournemouth recorded a 0-2 win on the road the last match-day, against Birmingham. In the meantime, Blackpool lost 0-1 at home against Coventry.

Going on, Bournemouth are on a four-game unbeaten run, and three of these were wins. Note that they had also scored two or more goals in these four match-ups. Moreover, they were also unbeaten at home in six of their past nine appearances at home.

On the other hand, their counterparts were winless in six of their previous seven overall games, and they are on a three-fixture winless streak on the road.

Taking into account these observations, as well as h2h stats over the years, expect a huge win for Bournemouth this Saturday.