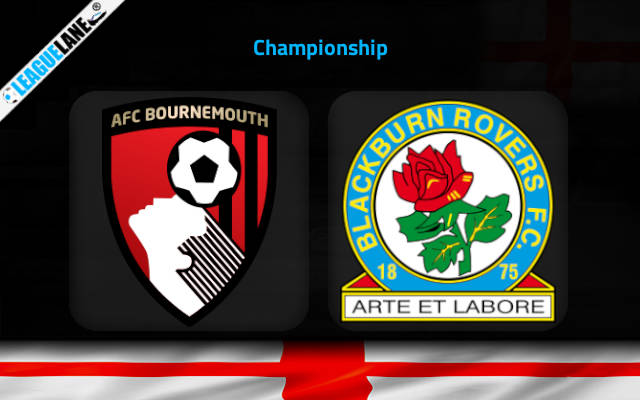 AFC Bournemouth stays second in the league table after their draw in the last match. The hosts cannot afford losses in the matches if they wish to be promoted to the Premier League.

Bournemouth played their last match against Fulham, the top-ranking team in the league. The match ended in a draw, earning both teams a single point which helped them to stay in their own positions in the table. The score was 1-1 at full time.

Blackburn Rovers is playing well in the season at the moment. They are moving up the table with consecutive wins. The match against Preston North End ended with a 1-0 FT score in favour of Blackburn.

After a 4-0 win against Swansea, Bournemouth has not won a game in the Championship. They have not won 4 consecutive matches. However, the team has a good record in home matches. From 10 home matches, the team is undefeated in 9 of them and have scored in every one of these matches. They have also scored 2 or more goals in 9 out of 10 of the matches.

Blackburn had a poor start at the beginning of the season. They made improvement in their game and are now in good form. They have won consecutively in the last three matches and are undefeated in the last 5 games.

The host has also played well in their away matches recently with 3 game no-loss streak and scored in these three matches. Their last away game against Stoke City ended in a win for Blackburn with 0-1 FT score.

The upcoming game will be a tight game. Even though Bournemouth has not won in their last matches, they are not a team to be taken lightly. As for Blackburn, they are playing well and winning more games than at the beginning of the season.