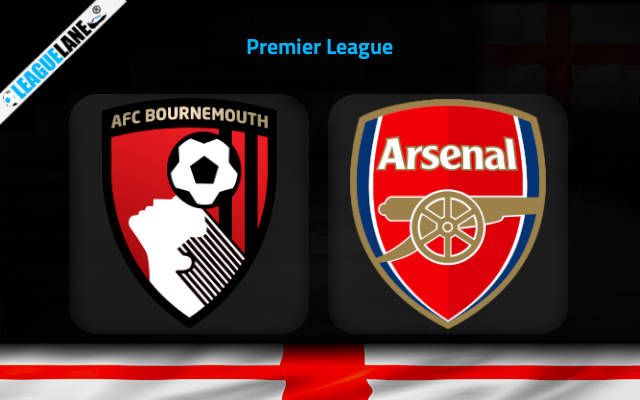 It might be hard to believe but Arsenal and Manchester City are the only two teams in the whole competition to have maintained 100 percentage winning records so far this season. Meanwhile Bournemouth were recently promoted to the top flight and they will not at all be eager about this upcoming clash.

They had the misfortune to lock horns with reigning champions Manchester City in the last match-day and as expected they were dealt a stunning defeat.

They let in 4 unanswered goals and they were totally outplayed be the titleholders as well.

Going on, Bournemouth might have been one of the top dogs in the second division, which is the Championship.

But this is possibly the toughest and most competitive league in European football and here they simply are trying to punch above their weight.

On top of that they are pitted against the Gunners of all teams this weekend. Mikel Arteta’s men are simply wounded beasts.

Despite having the talent and prestige, they have been unable to make it to the top-four in the past few seasons and the last time around they missed out on it by a whisker.

They will be determined to take part in the Champions League at least the season after this. And this is also opportunity for them to register 3 wins in a row.

By the looks of things, expect a comprehensive victory for Arsenal this weekend.

Considering these observations, as well as previous head-to-head clashes, expect a victory for Arsenal this weekend.