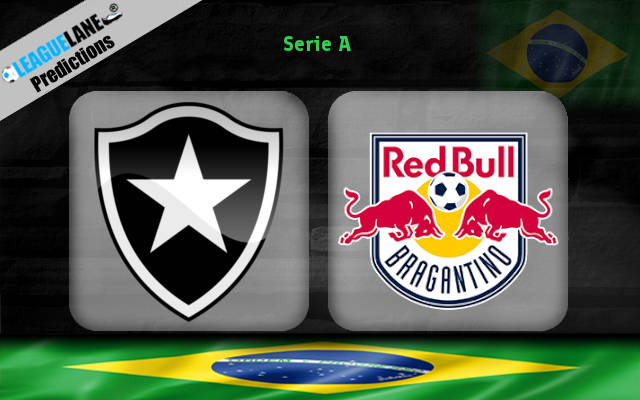 After 19 league appearances this season campaign, Botafogo is still in the relegation prone area in the table with just 20 points from 3 wins and 11 draws in the record. They will host after a 1-0 loss on the road against Bahia last time out in the campaign schedule.

The promoted team hasn’t made a huge impact this term in the league yet. But with 20 points from 20 league appearances until now, they have leveled their points with the host on the table. They will visit on the back of a 1-1 draw at home with Santos in the previous league clash.

Since both teams are close to the bottom part of the league table, they pose equal threats to each other in the upcoming match. Botafogo enjoys the ground advantage and a four-game unbeaten run at home backs the home team for creating more chances in the clash on Monday.

Bragantino lacks the league experience when compared to the host, but they have leveled their points in the table with the latter this term as it stands. As the visitor can be a threat for a clear win, the punters will be safer with a double chance in the game.

The double chance favoring Botafogo with 1.44 odds will probably be the best bet for the punters to yield decent returns based on their form at home in recent encounters in the contest.