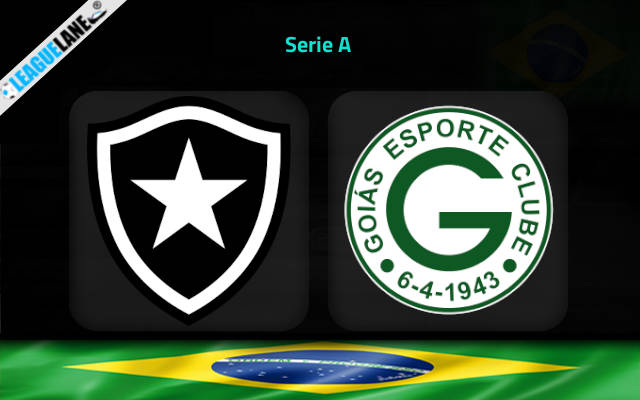 Botafogo had an average start to this season. They have recorded unbeaten outcomes mostly to collect a total of 12 points from 8 league outings for occupying the 7th spot of the table at present. With just a spot away from the Libertadores promotion zone, they will be hoping to enter it by sealing a positive outcome from the upcoming league match-up.

Botafogo recorded a 1-0 defeat on road against Coritiba in their most recent league fixture to end up their six game unbeaten streak. They will be hoping to return back to the unbeaten run by recording a win from the coming league fixture.

Meanwhile, Goias had a disappointing start to this season. Their poor recordings resulted in the positioning on the table. They are currently residing at the edge of the danger zone with a difference of just one points.

Goias recorded a 1-1 draw in their most recent league fixture at home against Bragantino. With that draw, they are now following a streak of two winless games in the league. They will be hoping to end that run by recording a different outcome from the past two.

Botafogo recorded a negative display in their first home Serie A match this season. They have managed to record unbeaten outcomes since then and looks capable enough to beat an outfit who opened up with mostly winless recordings.

On the other side, we have a Goias who have lost three of their total four on road outings so far this season. Their current state is not that impressive and their poor defensive line-up leaked three each in two of those four outings.

Analyzing all the above stats, we are of the view that Botafogo might seal a win from this fixture against Goias when they both meet each other on Monday.