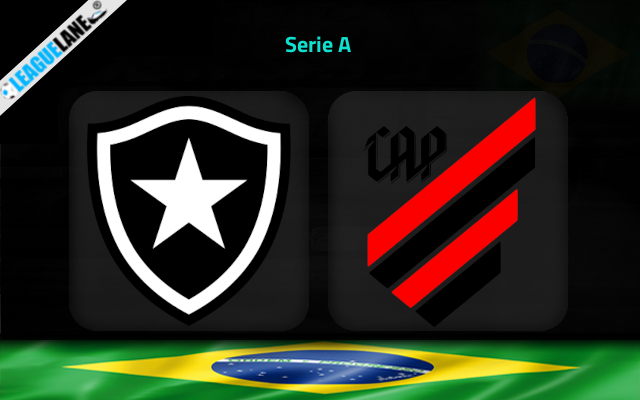 Botafogo had an average start to this season. They turned inconsistent further in the league which resulted in their positioning on the table. They are at the bottom spot of the promotion zone ll and will be hoping to secure it by sealing some three pointers.

Meanwhile, Athletico PR had a decent start to this season. They had maintained the same further by recording unbeaten outcomes. Their consistency of recording an unbeaten outcome especially of late is impressive. They will be hoping to seal some three pointers further in the league.

We can see Botafogo recording a 2-0 defeat on the road against Santos in their most recent league fixture. With that defeat, they are now following a streak of three losing games in the league.

Botafogo is having a disappointing form at home of late. They lost four of the past five league fixtures at home. Most recent of those was against Atletico-MG, which ended up in a 0-1 win for them.

On the other side, Athletico-PR have a decent form at present. They recorded a 4-1 win against Atletico GO in their most recent league fixture. It was their fourth unbeaten recording in the past five league outings. Three of those four unbeaten outcomes were positive displays too.

Athletico-PR have the same form on the road. We can see them succeeding in recording enough of unbeaten displays of late. Also, their offensive side have scored in most of their recent away outings.

On top of that, Athletico-PR have an upper hand in the recent history of this head to head match. Therefore, we are backing Athletico-PR to seal a win from this Serie A fixture on Sunday.