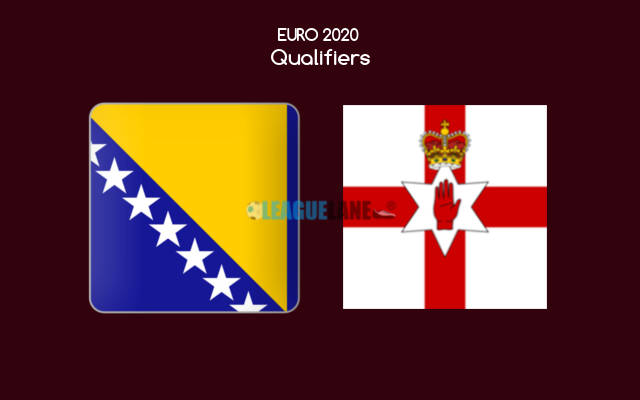 Two old rivals meet again. There were plenty of head to head matches between Bosnia and Northern Ireland in the recent past. However, this duel has huge importance, as it represents hope for both sides to participate in EURO 2021 next year.

The Bosnians were labelled as favorites for the win at 1.90 odds, which does sound low in our opinion considering most recent appearances.

New coach Dusan Bajevic hardly had enough time to get to know all his players, but things were not looking bad against Italy and Poland. Northern Ireland is a different story, as the team is going through a crisis.

As stated above, these two teams have met relatively recently in UEFA Nations League Division B, which eventually was won by the Bosnians.

The Blue Dragons were victorious both in Belfast (2-1 FT) and Sarajevo (2-0 FT). Edin Dzeko was the key figure here with two goals and one assist.

Luckily for Bajevic, Barcelona’s new midfielder Miralem Pjanic has recovered from covid-19 infection relatively quickly, so he should be able to help the team in this match. A lot of eyes will be pointed at direction of Edin Dzeko, arguably the best player in Bosnia’s football history. He usually starts the match paired with Edin Visca, winger from Istanbul Basaksehir. There were some rumours that Senad Lulic, who retired from international football previously, might also take the place in starting XI. Bosnians returned from Italy with a surprising point recently (1-1) but lost to Poland at home 1-2 FT.

Northern Ireland were completely outplayed and defeated at home by Norway 1-5 FT in UEFA Nations League. The squad is struggling to achieve one decent result in the last couple of months. They also got destroyed in duel against Germany 1-6. We don’t think they can parry Bosnia in Sarajevo this Thursday.