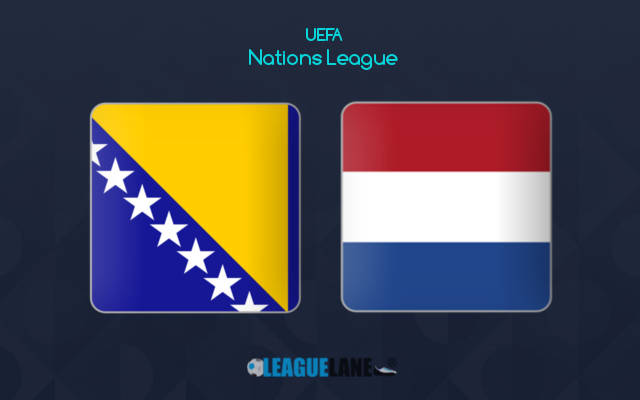 Netherlands lost three points against Italy which puts them in the second spot in Group 1 table. The 0-1 loss at home against Italy in the previous clash shadowed their 1-0 home win against Poland. That loss is backed by seven unbeaten fixtures across all major contests in their schedule.

Netherland aims to get back on course in Group 1 as soon as possible and hope for Italy to make a slip up against Poland in the table. And even away from home, the Oranje are likely to go all guns blazing at the Balkan Dragons.

As always, a man to watch in the away team will be Liverpool ace Virgil van Dijk, who is likely to pose a big threat for the opposition forwards in the away team’s backline and also for the home team defenders in the set pieces with his dominance.

From that, we can assess that the control over the ball in the middle will stay with the visitors. That’s why the tip for Netherlands to draw the first blood in ninety minutes is an ideal choice. At 1.44 odds, the tip is likely to meet the requirements from the goals area.

Along with that, the away win in full-time will probably be the best bet for the punters. Regarding their squad strength and thirst to make a comeback in the UNL fixture, Holland will be the more ideal choice as the favorites to win.