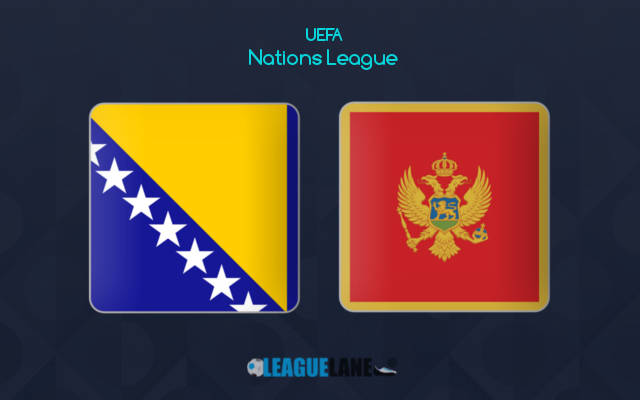 Bosnia and Herzegovina will be hoping to confirm the top spot in Group 3 of the 2022 UEFA Nations League B on Friday evening when they host Montenegro in the fifth round of the competition.

The hosts are one point above second-placed Montenegro with just two games left to play. Finland and Romania are four and five points shy of Bosnia and Herzegovina respectively.

The Bosnians are the only team in this group without a defeat, having won and drawn two games apiece so far.

Both wins have come at their Stadion Bilino Polje in Zenica, including the 3-2 success against Finland three months ago in the previous round.

Edin Dzeko and Miralem Pjanic were the main catalysts for that victory. The former notched two goals, while the latter contributed with a goal and an assist on the occasion.

The Bosnians will need to keep a close look at Montenegrin forward Stefan Mugosa here. Mugosa offered his best performance for the national team in the last round’s 0-3 drubbing of Romania on the road when he completed a hat-trick.

Bosnia and Herzegovina vs Montenegro Head-to-head

Bosnia and Herzegovina vs Montenegro Prediction

Bosnia and Herzegovina have a perfect record in front of the home fans in this Nations League group but we are just not attracted at all by the 1.66 odds offered for their victory here.

After all, they have never beaten Montenegro who will also come into this tie in the highest of spirits after the 0-3 thumping of Romania last time out. Instead, we will back goals at both ends as the main betting option at the odds of 2.10. The value is also huge with Stefan Mugosa to score anytime for the visitors at the 4.33 odds.