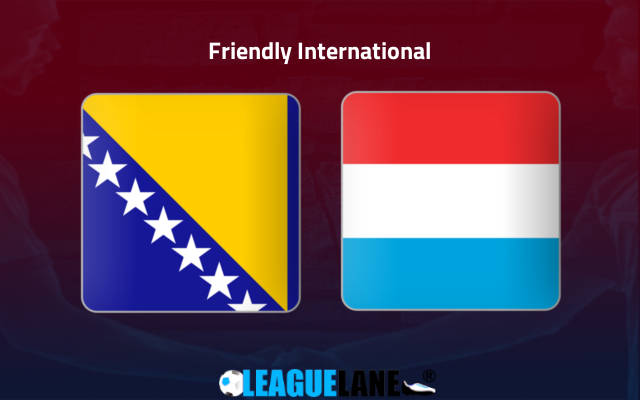 Bosnia & Herzegovina will host Luxembourg this Tuesday at Stadion Bilino Polje for a friendly fixture after both sides failing to qualify for the 2022 FIFA World Cup in Qatar.

Bosnia will enter this match off the back of three straight defeats across all venues, losing their last friendly fixture against the United States, in addition to losing their last two WC qualifiers against Finland and Ukraine.

Ivaylo Petev’s side will now be looking ahead to their UEFA Nations League campaign, which gets underway against Finland on June. This next two friendlies against Georgia and Luxembourg will act as a valuable preparation for their return to competitive action in little over two months.

A remarkable qualification campaign for Luxembourg ended with a bitter surprise last November, as they lost by 3-0 at home to Ireland. The Red Lions will have been delighted with their efforts nonetheless, producing their best WC qualification attempt, winning 3 of their 8 matches and collecting nine points.

They have conceded three or more goals in 2 of the past 3 fixtures. They even lost 3 times from their past 4 appearances while securing an only win against Azerbaijan on the qualifiers.

Bosnia lost the last 2 games held at home to Finland and Ukraine at the WC qualifiers. They have won only once from their last 5 games played at home.

Luxembourg lost thrice in a row of their last 4 games played on road, while they won their last away game against Azerbaijan by 3-1.

The visitors will be hoping to bounce back from their recent pair of negative results at this venue as they lost by 5-0 and 2-0 at Stadion Bilino Polje in the past.

Even though Bosnia & Herzegovina lost the last couple of games with others, their h2h dominance against this foe anticipates us to feel that a home win is likely to occur this Tuesday.