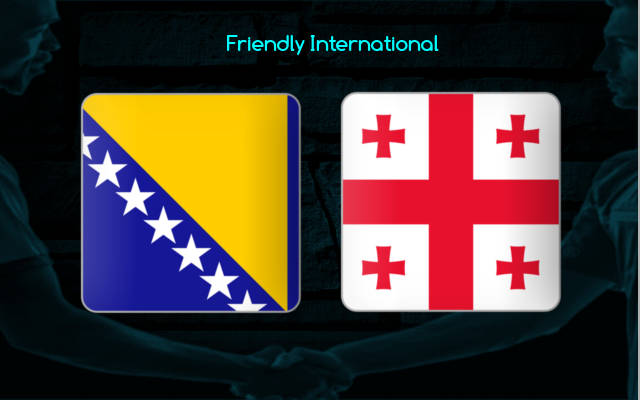 Georgia recorded a 1-0 win against Uzbekistan at home in their most recent fixture. With that win, they are now following a thread of three subsequent victories in all competitions.

One of those positive recordings were against Sweden in the World Cup Qualification stage. On the back of such an impressive run of late, they will be having some good spirits to enter their next fixture.

Bosnia & Herzegovina have a seesaw form lately. They have been recording every possible outcomes in which a win is the most rarest. They won one, drew 2 two and lost two of the past 5 Friendly International fixtures.

They will be hoping to bounce back from their most recent 1-0 defeat against USA on road. They possess the home ground advantage and they will have a chance to outscore their next Friendly International opponent Georgia.

By the looks of things, either of these two outfits will be hoping to gain some consistent momentum. Considering this friendly affair as a chance to better themselves more, we expect a competitive encounter between these two outfits at Bilino Polje on Friday night.

Bosnia & Herzegovina’s overall form has affected their home patch fixtures too. We can see them recording inconsistent displays at home lately. They have somehow managed to stay unbeaten in three of the past five home affairs across all competitions.

On a positive note, Bosnia & Herzegovina have recorded a clean sheet and have scored in three apiece of their past 7 international fixtures at this venue.

On the other side, Georgia also possess a fluctuating form on road. Despite of two wins, they have nothing impressive in their past 10 on road recordings. They have leaked two or more goals in three of the past four fixtures.

When looking at the form of both these outfits at their respective patches according to this fixture, neither of them have an upper hand. Therefore, we are backing Bosnia & Herzegovina as they possess the home ground advantage.